"How About You Amaze Me": Simone Biles' Dig At USA Gymnastics In Birthday Tweet 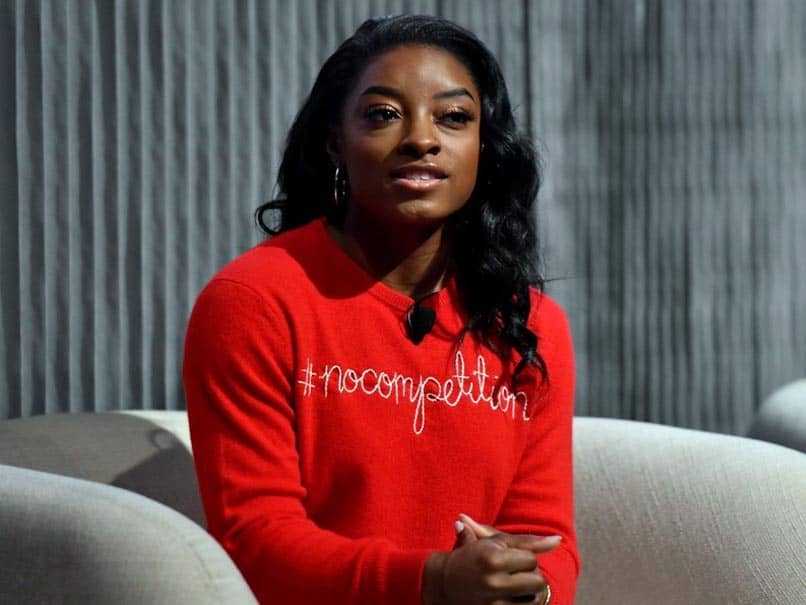 Four-time Olympic gold medallist Simone Biles wants more than good wishes from USA Gymnastics. The US federation wished Biles a happy 23rd birthday on social media on Saturday. Biles -- who also owns 19 world titles and is expected to be among the stars of the Tokyo Olympics -- used their tweet as a chance to demand an independent investigation into the Larry Nassar sex abuse scandal. "how about you amaze me and do the right thing ... have an independent investigation," Biles snapped on Twitter after the federation's birthday tweet.

"HAPPY BIRTHDAY to the most decorated gymnast of all time, @simonebiles!" USA Gymnastics wrote, posting a video of Biles in action in a floor exercise. "We know you will only continue to amaze us and make history!"

how about you amaze me and do the right thing... have an independent investigation https://t.co/58Gc9QUk76

Former national gymnastics team doctor Nassar was jailed for life for abusing more than 250 athletes, including stars of the United States' 2012 and 2016 gold medal-winning Olympic teams.

A US Senate investigation found that "multiple institutions" failed to adequately respond to credible allegations against Nassar, but Biles has said that USA Gymnastics and the US Olympic and Paralympic Committee still owe his victims, including herself, more answers and a framework to ensure such abuses won't occur again.

"Wish they BOTH wanted an independent investigation as much as the survivors & I do," she tweeted earlier this month.

As Biles and other elite gymnasts ramp up their preparations for Tokyo, USA Gymnastics in January offered a $215 million (194 million euros) settlement to victims of Nassar to settle legal claims -- a plan a lawyer for more than 200 women called "unconscionable."

Olympic gold medallist Aly Raisman, who is now retired, called the settlement offer "offensive" and accused the federation of attempting to prevent release of details which would show how Nassar was able to abuse athletes for years.

Comments
Topics mentioned in this article
Gymnastics
Get the latest updates on IPL 2021, IPL Points Table , IPL Schedule 2021 , live score . Like us on Facebook or follow us on Twitter for more sports updates. You can also download the NDTV Cricket app for Android or iOS.