Simone Biles won her fifth gold, her second of the day, at the world championships in the women's floor final to extend her own all-time record. 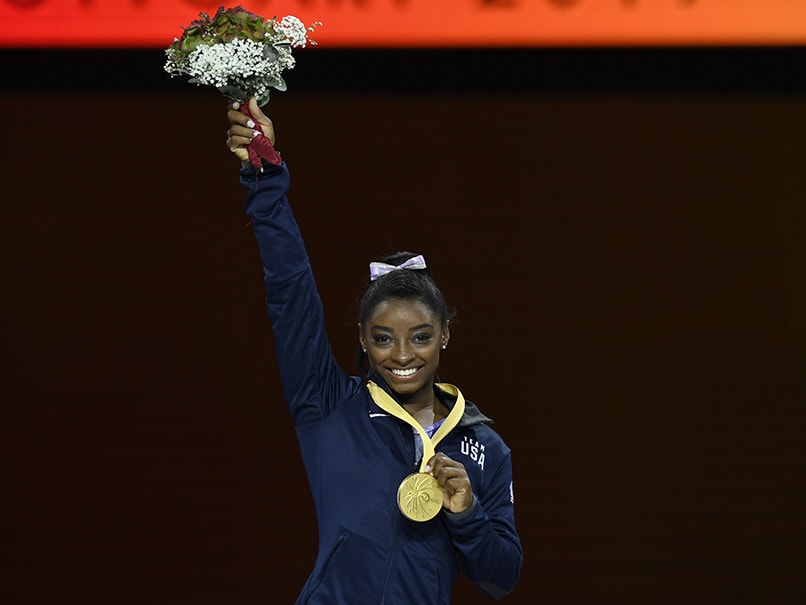 All conquering American gymnast Simone Biles won her fifth gold, her second of the day, at the world championships on Sunday in the women's floor final to extend her own all-time record to 25 worlds medals. Having earlier won the beam final, the 22-year-old also extended her own record of 19 world championships golds after success earlier this week in Stuttgart in the team, all-round and vault events with the USA. Biles was crowned world floor champion for the fifth time in her career after winning the final by a full point from team-mate Sunisa Lee, who earned silver with Russia's Angelina Melnikova taking bronze.

Her victories on the beam and floor makes Biles the most decorated gymnast in history, surpassing the previous all-time record of 23 world medals won by men's star Vitaly Scherbo of Belarus in the 1990s.

This is the first time Biles has finished a world championships with five gold medals having said she is "99 percent" sure Stuttgart will be the fifth and final worlds of her career.

The only blot on Biles' near-perfect record in south-west Germany came in Saturday's uneven bars final when she finished fifth.