US PGA Tour Reportedly Exploring Possibility Of Return Without Fans

The tour told players they would have three to four weeks' notice before the season resumes. 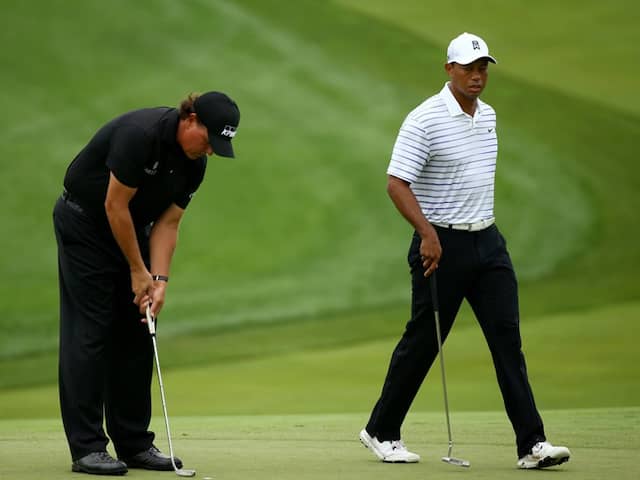 The US PGA Tour is considering various scenarios to a return to competition.© AFP

The US PGA Tour is considering various scenarios to a return to competition in the wake of the COVID-19 pandemic, including playing some events without fans, Golf Digest reported Friday. The tour told players in a memo sent Thursday, and obtained by Golf Digest, that it was targeting a return for the Charles Schwab Challenge on May 21 at Colonial Country Club in Fort Worth, Texas. The tour suspended its season after the first round of the Players Championship last month and has since called off tournaments through the Byron Nelson Championship scheduled for May 7-10.

ESPN reported that the tour is expected to announce more cancellations next week.

Players were told in the tour memo that officials hope to "preserve the maximum number of events we can while giving us more time as the crisis evolves."

Officials told players they will rely on guidance from health and government authorities before deciding on a resumption of play.

If a May resumption of play is not possible as shelter-in-place directives remain in effect, a re-start at Colonial could be moved to June 11-14, taking the dates originally set for the Canadian Open, which is expected to be cancelled.

The tour told players they would have three to four weeks' notice before the season resumes.

"We understand many of you may be impacted by travel restrictions and/or the inability to practice in your area, thus we want to be able to give you as much time as possible to allow you to come back fully prepared," the memo said.

The tour announced on Monday that it was rescheduling its season finale, the Wyndham Championship, for August 13-16, with the season-ending tour playoffs to follow over the next three weeks.

Those dates were worked out with the rescheduling of three of the year's four major championships, the US PGA Championship moving to September to be followed by the Ryder Cup and the US Open with the Masters to be held in November.

The British Open, originally scheduled for July, has been cancelled.