Outspoken caddy Steve Williams, who parted ways with Tiger Woods in 2011, writes in a book -- "Out of the Rough" -- released Monday that he also felt tainted by the sex scandal involving the superstar athlete. 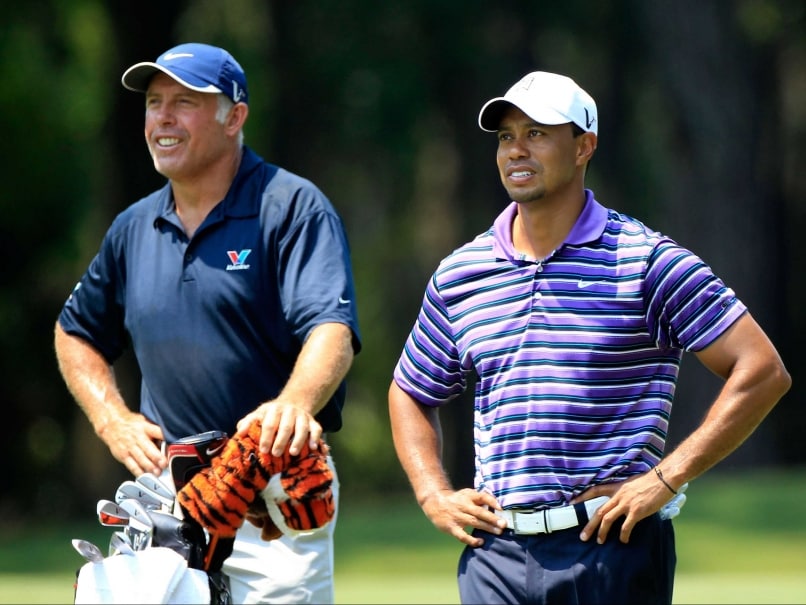 Outspoken caddy Steve Williams has revealed that he sometimes felt like a "slave" to Tiger Woods and wanted to stop the champion American golfer spitting on the course. (Click here for latest Golf stories)

Williams, who parted ways with Woods in 2011 after helping him win all but one of his 14 major titles, writes in a book released Monday that he also felt tainted by the sex scandal involving the superstar athlete.

The New Zealander claims he was hounded by the media after the story broke in 2009, but was still determined to stick by his friend.

"I did that even though people were accusing me of being an enabler, an accomplice, saying I was lying when I stated clearly that I knew nothing about this. For months on end, my life was absolutely miserable," he says in "Out of the Rough", written with journalist Michael Donaldson.

Williams says he is often asked how he could not be aware of what he termed Woods' "multitude of mistresses" but puts it down, in part, to the fact that their wives were close and Woods knew he would not approve.

"Only a handful of his oldest buddies actually had any idea this was going on. I didn't know because Tiger didn't dare tell me," he writes.

"We had such a strong bond and working relationship that there was no way he could let me in on what was happening -- he knew my values and that I would have zero tolerance for that kind of behaviour."

Williams reports limited contact with his boss for months after the scandal broke, but they finally emailed and spoke and later met to hash out a future working relationship.

"I was adamant that some of his behaviour on the course had to change," he says in an excerpt of the book published in New Zealand's Sunday Star Times.

He notes that while Woods had a bad temper "you could live with it because it ended as quickly as it started".

"One thing that really pissed me off was how he would flippantly toss a club in the general direction of the bag, expecting me to go over and pick it up. I felt uneasy about bending down to pick up his discarded club -- it was like I was his slave.

"The other thing that disgusted me was his habit of spitting at the hole if he missed a putt."

After he left Woods, Williams was hired by Australian Adam Scott who flourished with the New Zealander by his side, reaching the number one world ranking in 2014.