Shubhankar Sharma Tied 110th After Round One Of English Championship

Indian golfer Shubhankar Sharma carded an even-par 71 in the opening round, an effort that placed him tied 110th and in danger of missing the cut at the 2020 English Championship 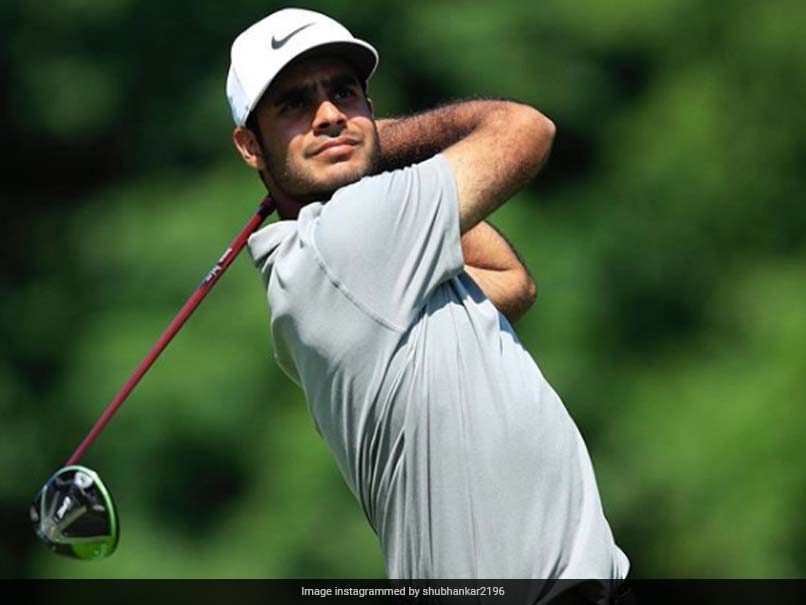 Shubhankar Sharma missed the cut at Hero Open last week in his first appearance since the COVID-19 break.© Instagram

Indian golfer Shubhankar Sharmacarded an even-par 71 in the opening round, an effort that placed him tied 110th and in danger of missing the cut at the 2020 English Championship. Sharma hit a couple of birdies on the first two holes but was then unable to maintain the tempo at the Honbury Manor Marriott Hotel and Country Club course. The Indian's erratic round comprised four birdies and an equal number of bogeys.

The front nine turned out to be quite eventful for Sharma as he picked up three strokes -- on the first, second and sixth holes -- but dropped as many.

His back nine was made up of a birdie and a bogey each. Last week in his first appearance since the COVID-19 forced break, Sharma missed the cut at Hero Open.

As many as seven players, three of who had completed their round, shot seven-under 64 to share the lead.

The group included Australian Jason Scrivener, who played in the same group as Sharma and Gavin Green (69).

There were 11 players, eight of whom had completed their rounds, carded 65 each. Last week's winner at Hero Open Sam Horsfield had a rough day with two-over 73 and was Tied-126th.

Scrivener finished a career high 32nd in the 2019 Race to Dubai Rankings after seven top-10 finishes.

Lee missed the cut during the first two legs of the UK Swing at the Betfred British Masters and Hero Open but made a superb run of birdies around the turn to move into contention.

Lee won the ISPS Handa Vic Open on home soil in February. Former World Number One Lee Westwood and Thorbjorn Olesen led a group of five players at five under.