Shiv Kapur Closes In On Lead in Panasonic Open Championship

Shiv Kapur closed in on the lead in the Panasonic Open Golf championship while Jeev Milkha Singh and Rahil Gangjee made the cut. 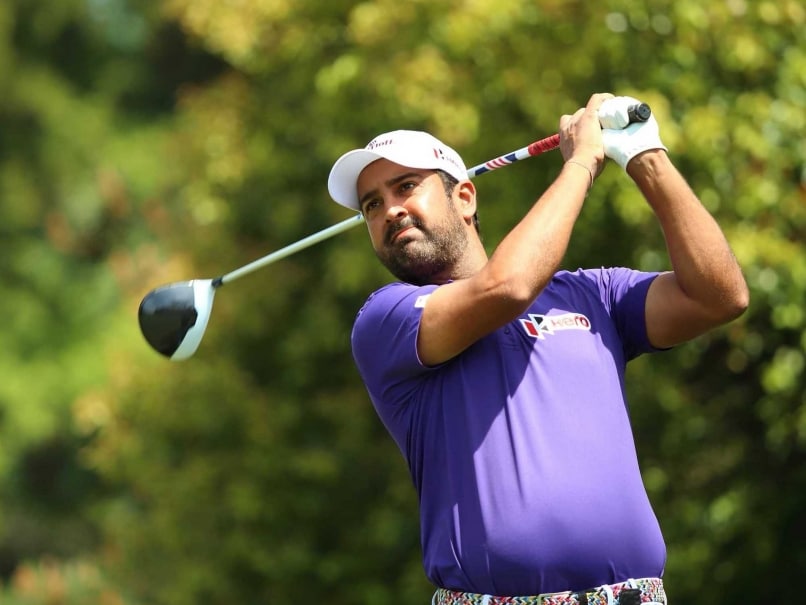 Shiv Kapur had a wonderful outing in the Panasonic Open Championship as he finished the day tied-second.© NDTV

Shiv Kapur shot a four-under 67 in windy conditions to sit one shot behind the leader at the halfway stage of the USD 1.2 million Panasonic Open Golf Championship on Friday.

Kapur with rounds of 68 and 67 is seven-under 135 and lying sole second. He was one behind Japan's Kodai Ichihara. Ichichara is also chasing for a career breakthrough win and leads at eight-under-par 134 at the Chiba Country Club, Umesato course.

Four time winner in Japan, Jeev was helped by a late birdie on 14th and it gave him a chance to make up for the first round 74, when he had double bogeys on 10th and 14th. His driving was still off, but he putted well and stayed on for the weekend.

The 34-year-old Kapur said having his friend Neeraj back on the bag was helpful.

"He has helped me prepare and do well for this week and it showed. The pins were tough and winds blustery, so one had to be disciplined. I drove well and putted well. Hope I can keep doing it next two days."

Kapur, who had six birdies against two bogeys laughed and said,"All the credit goes to the wife Maya. I can't deny that. Ever since I got engaged, I've been playing well."

Kapur, chasing his first Asian Tour title since winning the 2005 Volvo Masters of Asia added, "It was pretty good with the way the wind was blowing. It was tough to pick where the wind was coming from but I hope the conditions stay like this during the weekend.

"I've been playing in Europe for the last 10 years and I have the experience to play in a lot of wind. I didn't finish as well as I would like to. If you gave me a 67 at the start of the day, I would have bit your hand off. It was a combination of being confident and driving the ball really well. The bogey I made was from the middle of the fairway."

Ichihara, who played on the Asian Tour from 2008 to 2013 before losing his card, fired seven birdies to edge closer to a maiden victory.

Japan's Azuma Yano was a further shot back in third place following a 69 while Hung Chien-yao of Chinese Taipei, also searching for a first win, registered a 67 to sit in fourth place on 137, three shots back from the leader.

China's Wu Ashun, a member of Team Asia in the EurAsia Cup earlier this year, fired a 71 after struggling in the cold conditions on his homeward nine. He trails Ichihara by four shots.

The halfway cut was set at two-over-par 144 with a total of 78 players making the weekend.

Comments
Topics mentioned in this article
Golf Shiv Kapur Rahil Gangjee
Get the latest updates on IPL 2021, IPL Points Table , IPL Schedule 2021 , live score . Like us on Facebook or follow us on Twitter for more sports updates. You can also download the NDTV Cricket app for Android or iOS.