Shiv Kapur, who had experienced a series of disappointments this season, was two shots behind the early leader, Nicolas Colsaerts (63). 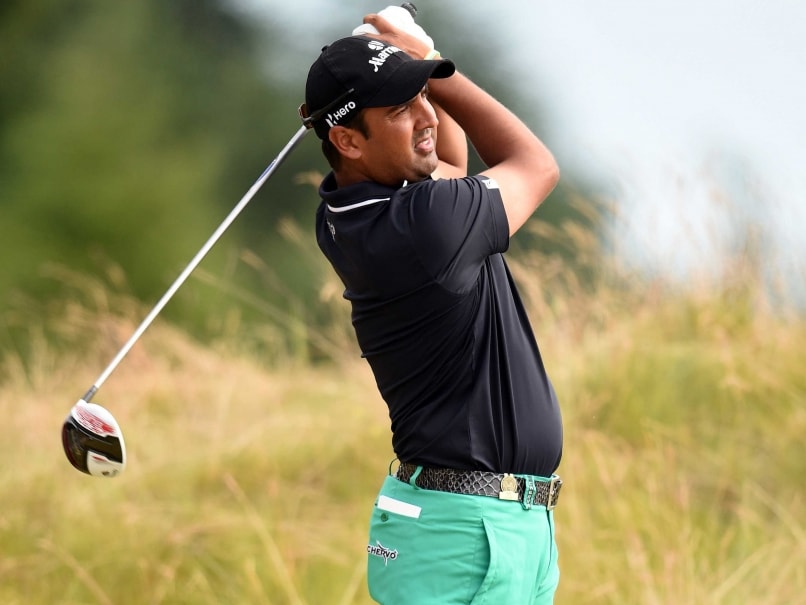 Shiv Kapur in action during the US Open golf tournament.© AFP
Milan:

Indian golfer Shiv Kapur's persistence paid off as he shot a sensational seven-under 65, his best scorecard of the year, on the first day of the Open D'Italia to lie tied second here.

Kapur, who had experienced a series of disappointments this season, was two shots behind the early leader, Nicolas Colsaerts (63).

The other two Indians in the field also had a fine start with Jeev Milkha Singh scoring four-under 68 to be tied 22nd and SSP Chawrasia had a 69 and was placed tied 37th.

The 33-year-old Kapur, who has been a regular on the European Tour for nearly a decade, but is still looking for his maiden win, was two-under for the front nine, before he went on the over drive on the journey home with five birdies, including four in a row.

Kapur had five birdies, four on them on the trot from 12th to the 15th and a fifth on 18th. He had birdies on first, fourth and sixth and his only lapse of the day was a bogey on par-3 seventh. It was his best round of the season.

"It's been a while since I posted a number like that. It's great to get off to a good start but it is still too early and there is so much more of the tournament left. I got the best of conditions in the morning and its nice to finish with a number like that," Kapur said.

"I feel my game has been getting close but the lack of results has been frustrating, but I have tried to stay positive over the last three or four months as I have been around for almost 10 years and I know there will be more downs than ups," he said.

Talking about the course, Kapur added, "This course is a bit like Delhi Golf Club where I grew up. It is tree lined and not very long. So if I can keep the momentum going it should be fine.

"It finally felt good to get a few nice putts going in. I hope I can keep the momentum going," said Kapur, who has two titles on European Challenge Tour but none on the main Tour. Kapur's best this year has been tied-11th at Thailand Classic at the start of the year and tied-24th at Omega European Masters in Switzerland.

Chawrasia, who had a runner-up finish this year at the Hero IndianÂ  Open behind Anirban Lahiri, is hoping to seal his European Tour card for 2016.

"I have missed the cut in last few events by small margins. I am playing fine, but putting needs to fall in place," said Chawrasia.

Jeev had two birdies and a bogey on front nine and he played well with four birdies, including three in last five holes, to close with a 68.

Colsaerts fired eight birdies in a row as he took control of theÂ  first round at Golf Club Milano. The big-hitting Belgian made a steady start to his round from the tenth, parring his first four holes before five consecutive birdies from the 14th to the 18th saw him turn in 31.

Further birdies followed on the first, second and third to make it eight in a row and he had a good look at nine on the fourth but his putt from 15 feet did not quite turn.

Colsaerts' name will not go in the history books but he was just the 11th player to make eight birdies in a row on the European Tour.

Colsaerts signed for a nine under 63 and a two shot lead over Francesco Molinari, Kapur and Kristoffer Broberg.

Comments
Topics mentioned in this article
Shiv Kapur Jeev Milkha Singh Golf
Get the latest updates on IPL 2021, IPL Points Table , IPL Schedule 2021 , live score . Like us on Facebook or follow us on Twitter for more sports updates. You can also download the NDTV Cricket app for Android or iOS.