Jyoti Randhawa took his three-day tally to 12-under-204, on a day Bengaluru's Khalin Joshi fired the day's joint best (four-under 68) to occupy second place at 11-under 205 in the Rs 1.5 crore championship at the Royal Calcutta Golf Club. 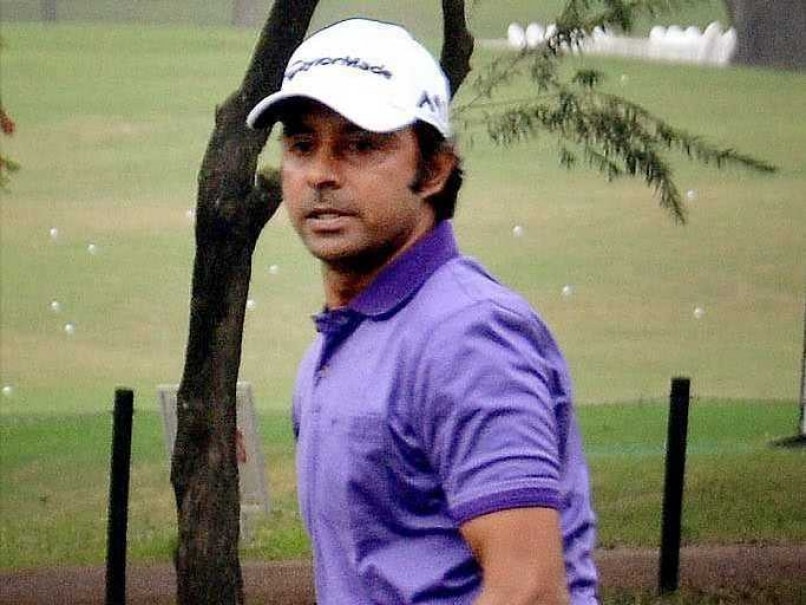 Jyoti Randhawa endured stomach cramps to shoot a brave one-under-71 that kept him in the lead by one shot in the penultimate round of the McLeod Russel Tour Championship 2015 in Kolkata. (Read More in Golf)

The Gurgaon-based professional took his three-day tally to 12-under-204, on a day Bengaluru's Khalin Joshi fired the day's joint best (four-under 68) to occupy second place at 11-under 205 in the Rs 1.5 crore championship at the Royal Calcutta Golf Club.

S Chikkarangappa, who was lying joint second after round two, slipped to third place at nine-under 207 after his 70 on Saturday.

Second in the Order of Merit, Chikka however is still the strongest contender for the Rolex Ranking title as money list leader Mukesh Kumar of Mhow is currently placed tied 15th in the tournament at one-under-215.

Defending champion and local lad Shankar Das (70) occupied fourth place at seven-under 209 while the Kolkata duo of 2012 champion SSP Chawrasia (68) and Rahil Gangjee (72) are a further shot back in tied fifth.

Kapurthala's Gaganjeet Bhullar moved up to seventh place at five-under 211 thanks to his third round effort of 68.

The overnight leader by four shots, Randhawa (68-65-71), quickly went off the blocks with birdies on the first, second and fourth, landing it within five feet on the first two occasions, to build a comfortable five-stroke lead.

He dropped a stroke after missing a six-footer on the ninth but came roaring back with a 20-feet birdie conversion from just off the green on the 10th.

Randhawa missed the greens on 12 and 13 for consecutive bogeys as his lead was cut down to three strokes.

It was on the 14th tee that the 43-year-old seasoned campaigner considered pulling out because of stomach pain but cheered on by the big crowd, he decided to carry on and made pars all the way till the finish.

"It was a tough and draining day for me today due to my physical condition. However, I'm glad to have hung in there to stay in front. I look forward to coming back strong on the final day," Randhawa said.

Joshi (70-67-68), who was overnight joint second, had a birdie and a bogey on the front-nine but he made his move on the back-nine with an eagle and two birdies.

He made a 15-feet birdie conversion on 12 and then drove the par-4 16th green and followed up with a 25-feet putt for eagle there.

He finally had a birdie chip-in on the 17th which helped him end the day within one shot of the lead.

"I think the 12th was the turning point for me today as I started swinging better from there on. I'm in a decent position now, just one shot off the lead and will look to raise the tempo in the final round tomorrow," Joshi added.