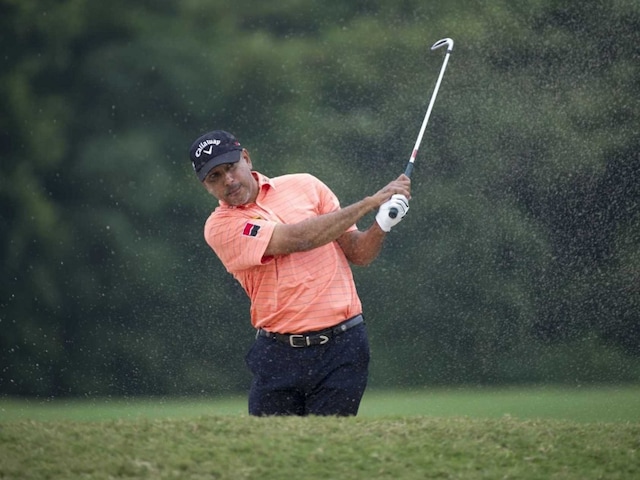 Lahiri, Thongchai, India's SSP Chawrasia and Malaysia's Danny Chia earned their places as the leading four Asian golfers on the Asian Tour Order of Merit when qualifying concluded on Sunday while Thailand's Kiradech Aphibarnrat, Katayama and Korean duo KT Kim and new sensation Byeonghun An made it into Team Asia from the Official World Golf Ranking.

"I am delighted to unveil my team which comprises a great mix of in-form golfers, established names and rising stars of the game in Asia," said Singh in a press conference at Glenmarie on Tuesday.

"To underscore the strength of Team Asia, six of my team members Thongchai, Kiradech, An, Anirban, Kim and Shingo are ranked in the top-60 of the Official World Golf Ranking which is a fantastic reflection of the strength of the game in Asia.

"I believe we have assembled a very strong team capable of defeating Team Europe after the thrilling 10-10 draw in 2014. That will be our mission next month to win the EurAsia Cup."

Singh added he would count on many of Asia s proven champions to deliver the points at the EurAsia Cup presented by DRB-HICOM, which has been dubbed the Ryder Cup of the East.

Team Asia's 12 members have a combined 92 career victories around the world.

Lahiri was crowned Asia's number one after winning twice this season while Kiradech, Prayad and Kim also won multiple times over the past 12 months. Thongchai, Asia's only three-time Order of Merit winner, triumphed in Europe while Katayama, Wu and An, named recently as European Tour Rookie of the Year, have also been victorious this season.

"Many of my team members have won tournaments around the world this year and they have the self-belief, confidence and hunger to excel against the best players in the world," said Singh, himself a former double Asian Tour number one and multiple champion in Japan and Europe."

"I'm equally excited with my four picks as the quartet will bring various qualities to the team. Nicholas has been in contention on the Asian Tour over the past few months and I believe he will bring a lot of value to my team being the local star," Jeev said.

"Wang is one of the most exciting young golfers to emerge and he missed out on the team by one rung on the Order of Merit, so I felt he deserved a pick. Then, there's Prayad who continues to defy age by winning twice in Asia and Japan this season and Wu showed his worth by winning his home Open on the European Tour this year."

The winning team will share prize money of USD 3.6 million while the runners-up will share USD 1.2 million.