Due to Sunday's disappointing round of one-under 71, Jeev Milkha Singh let go off a chance to finish in top-15, which would have brought him closer to retaining his European Tour card for the coming season. 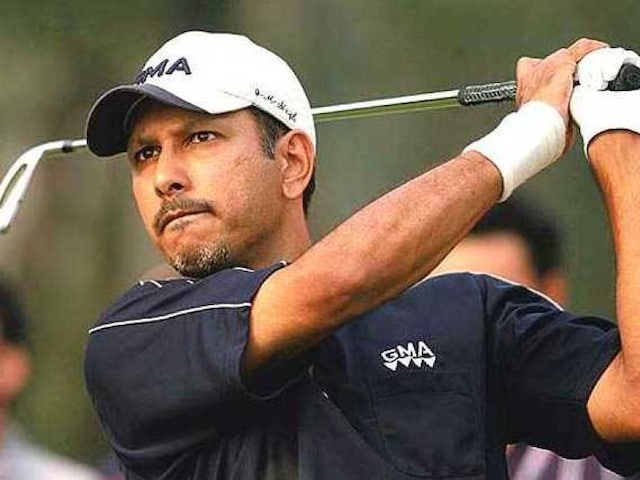 Indian golfer Jeev Milkha Singh hit a rough patch on the closing stretch with three bogeys in the last five holes of his final round to sign off tied 33rd at the Open d'Italia here.

Due to Sunday's disappointing round of one-under 71, Jeev let go off a chance to finish in top-15, which would have brought him closer to retaining his European Tour card for the coming season.

Jeev ended at 12-under and tied-33rd, the same as Shiv Kapur (69), who was once again unable to build on the superb start he had on the first day.

"That was a disappointing finish. The game is coming back, as we saw in first three rounds," said Jeev, who is slowly recovering from his injuries and coming back to form.

Kapur had an eagle and five birdies, but he also had four bogeys in his 69. Chawrasia holed his second shot for an eagle on par-4 11th and three other birdies, but gave away bogeys on in eventful final stretch, where he bogeyed the 15th and 17th and birdied the 16th and 18th.

Rikard Karlberg won the title following a play-off with Martin Kaymer on a dramatic afternoon at Golf Club Milano.

Kaymer had led by three shots on 21 under at one point but a disappointing back nine saw him finish alongside Karlberg, who had crept through the field with a 67, at 19-under.

Both men had parred the 18th all week and they did so again on the first play-off hole but Karlberg made birdie at the second attempt following a terrific approach over the trees to claim his first European Tour title.

His earlier two titles on Asian Tour came in India.

Seven players finished in a tie for third with David Lipsky and Lucas Bjerregaard joining Lagergren, Fitzpatrick, Willett, Fahrbring and Zanotti on 18-under.

But the day belonged to Swede Karlberg as he secured a career-changing victory which moves him to 47th in The Race to Dubai and secures his playing rights on The European Tour until at least the end of 2017.

Comments
Topics mentioned in this article
Jeev Milkha Singh Shiv Kapur Golf
Get the latest Cricket news, check out the India cricket schedule, Cricket live score . Like us on Facebook or follow us on Twitter for more sports updates. You can also download the NDTV Cricket app for Android or iOS.