Jeev Milkha Singh shot two-over 73 in second round and followed it with an even par 71. Shiv Kapur, however, missed the cut by one shot after shooting 70-73. 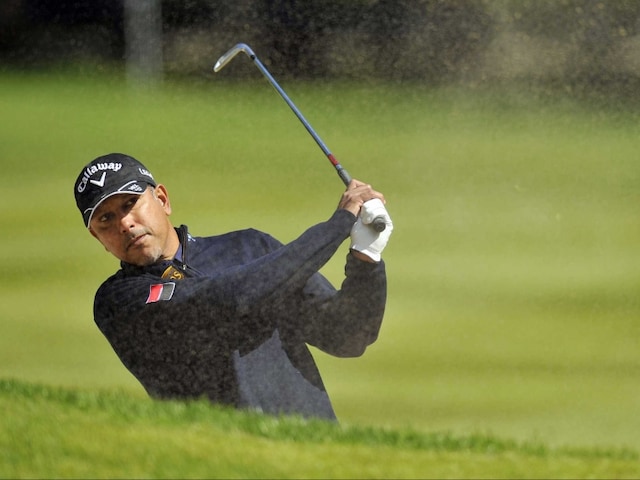 Jeev Milkha Singh who shot two-over 73 in second round and followed it with an even par 71 is tied 49th after the third round at the British Masters in Woburn.Â The other Indian challenger, Shiv Kapur, however, missed the cut by one shot after shooting 70-73. (Read more on golf)

Thailand's Kiradech Aphibarnrat fired a four-under-par 67 to trail by one shot at the halfway stage and he was two-under through 10 holes in third round and lying third.

The leader was Soren Kjeldsen of Denmark, who held the halfway lead with rounds of 65-68 and he was also two-under through 10 holes.

Matthew Fitzpatrick of England continued to share the lead with Kjeldsen and he was also two-under through 10 and on 10-under.