Indian Open: No New Strategy, It's All About Execution, Says Anirban Lahiri

Defending champion Anirban Lahiri is supremely confident about retaining his crown at the Indian Open. 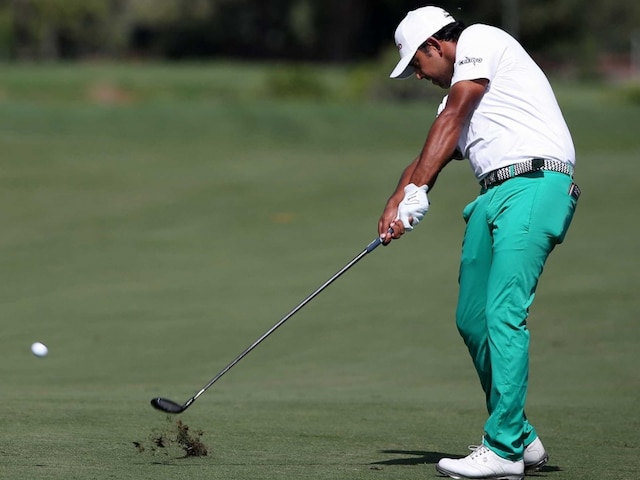 With four title wins under his belt at the Delhi Golf Course, defending champion Anirban Lahiri is supremely confident about retaining his crown and said he will look to execute his winning formula once again when he tees up at the Hero Indian Open here on Thursday. (Click here for latest Golf stories)

Lahiri won the 2011 Panasonic Open, 2012 & 2013 SAIL-SBI Open before clinching the Indian Open at the DGC and he said he will stick to the same routine at the tricky course.

"This is one of the events which you want to keep defending all your life. I played so much at this course and also successfully defended the SAIL-SBI Open. It can be done. The whole exercise is to put yourself in the position again come Sunday," said Lahiri.

"Over the years if you have a strategy at Delhi Golf Club, you don't mess with it. It is hard enough playing here so you stick with it. I won't reinvent a new strategy because my plan works. I just need to execute it better and more efficiently," said World No 5.

Talking about his plans for this season, Lahiri said: "The target will be to win on the PGA Tour, be in contention in the Majors and World Golf Championships (WGC). Obviously the Olympics as well. You push yourself until you reach a level where you target the Majors, WGCs and Olympics.

"I'm certainly hopeful of being a contender at the Olympic Games. I have been playing well and I can compete at that level. Do I have medal hopes? Yes, I do. I definitely think I can contend and hopefully get a medal for India," said Lahiri, who will tee off alongside three-time Major champion Padraig Harrington of Ireland and current Order of Merit leader Marcus Fraser of Australia on Thursday.

The 28-year-old from Bangalore said he needs to be consistent.

"I have had good rounds but I haven't been consistent over four years. But I am learning. My game has evolved in last 3-4 years. I am adapting to conditions better and getting more comfortable playing across Asia, Europe and US."

Talented Filipino Tabuena, ranked second on the Order of Merit, aims to follow in the footsteps of Lahiri, who won the Hero Indian Open last year before becoming the Asian Tour's number one golfer.

"It is not a stressful week knowing you have secured your card for next year. The main goal this year is to play in the Olympics and contend for the number one spot on the Asian Tour. I've put myself in a good position to do that," said the 20-year-old Tabuena.

With two top-five results and one top-10 finish in his last three events, Peter Uihlein, a former amateur world number one, hopes to continue his fine form in his debut appearance at the Hero Indian Open.

"It is always good when you have three top-10s. The confidence is there and I hope to continue riding the momentum hopefully I have another good week," said Uihlein, a one-time European Tour winner.

"Mentally I feel better. I don't let emotions dictate the decisions I don't want to make. That cures a lot of problems and I've been holing a lot of 15 and 20 footers so these two aspects have really helped me," he added.