Gaganjeet Bhullar and Khalin Joshi carded three-under 69 and 67, respectively, in the third round at Philippine Open. 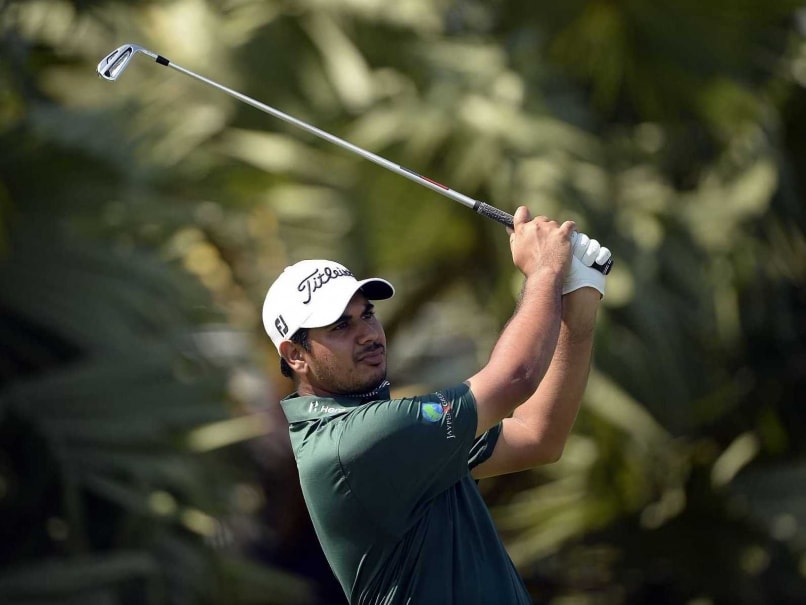 Indian golfers Gaganjeet Bhullar and Khalin Joshi carded three-under 69 and 67 to be tied third and joint seventh respectively after the second round of the $300,000 Philippine Open here on Saturday. (Click here for latest Golf stories)

Bhullar, who was tied second with a 67 on Friday at the Luisita Golf and Country Club, got birdies on the first, fifth, sixth, ninth, 10th and 18th holes against bogeys on the seventh, 11th and 14th for a 69. The five-time winner on the Asian tour was two strokes behind leader Lindsay Renolds (68) of Canada.

"I'm in the title mix. I played really well from holes one to nine. It got a big dodgy on a few par fours on the back. My two bogeys were a result of mismanagement with the clubbing. Other than that it is a good solid round," Bhullar said in a release.

Khalin jumped 11 places as he added 67 to his first round score of 70. The Bengaluru golfer scored five-birdies (fourth, eighth, 13th, 15th and 16th) in a flawless round.

Himmat Rai was tied 32nd following a 70 that took his total to three-under 141, while S. Chikka (71) and Shubhankar Sharma (76) risked losing their full Asian Tour cards after missing the cut, that was set at even-par 144, by a stroke. A total of 68 players qualified for the final round.

Canadian Renolds stayed on track to win his maiden title on the Asian Tour as he led by one stroke on 10-under 134 total. He scored 68 and is trailed closely by Scott Barr of Australia, who charged into contention with a superb 66.

The bubbly Renolds, who needs a victory this week to secure playing rights on the full Asian Tour next season, is prepared for a final round shootout in the weather-shortened year-ending tournament.

"It is exciting to be in this position. My game feels good and I feel good. I'm not really worried or nervous. We will see what tomorrow brings. It is just another round of golf for me," said the 29-year-old, who is ranked 93rd on the Order of Merit.

Comments
Topics mentioned in this article
Gaganjeet Bhullar Golf
Get the latest updates on Olympics 2020, Olympics 2020 Medal Tally, Live Cricket Score . Like us on Facebook or follow us on Twitter for more sports updates. You can also download the NDTV Cricket app for Android or iOS.