Gaganjeet Bhullar, Rahil Gangjee and Himmat Rai shot matching five-under 66s in the opening round at the Ho Tram Open. 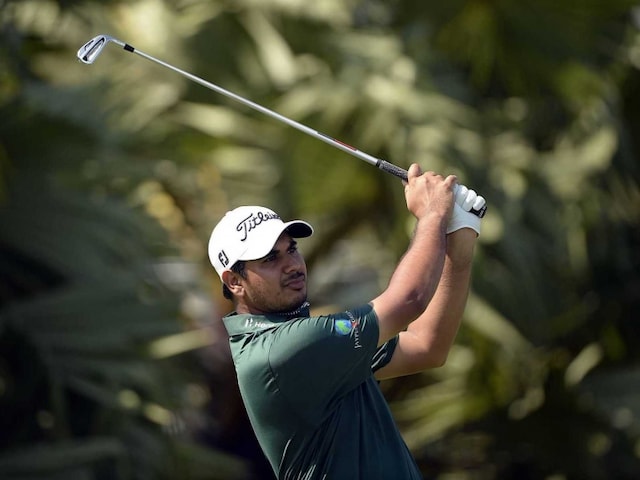 The trio are four strokes off the pace set by South Koreaa's Charlie Wi, who established a course record of 62 for a two-shot first round lead at the Bluffs Ho Tram Strip course. The 43-year-old Wi produced a superb 10-birdie round, including five-on-the-trot from the fourth hole.

Malaysia's Nicholas Fung, fighting to make Team Asia for the EurAsia Cup against Europe next month, posted a 65 which was matched by reigning Asian Tour Order of Merit champion David Lipsky of the United States and Chinese Taipei's Lin Wen-tang.

However, the Indian trio were also impressive. Bhullar went through a quiet front-nine with a birdie on the fifth and a bogey on the ninth hole. But he turned it in style in the back-nine with birdies on the 10th, 12th, 14th, 15th and 16th.

"It was actually easy out there. A lot of the flags were accessible. A lot of par fives were reachable in two. You can see the leaderboard that a lot of guys are taking advantage of that. The course in great shape, probably one of the best we've played all year," Bhullar said in an Asian Tour release.

"I've been struggling with my putter a bit, so I'm going to keep working on my stroke after this and hopefully can push on for three rounds."

Gangjee also put up a strong display of seven birdies against two bogeys, as Himmat joined his compatriots with two closing birdies.

World No.12 Sergio Garcia of Spain, the top-ranked golfer in the Asian Tour event, and local hope Michael Tran shared the seventh spot with the Indians.

Two-time Asian Tour champion Jeev Milkha Singh (70) was the next best Indian performer as he was tied 46th, while Shiv Kapur and Arjun Atwal finished joint 62nd on even-par 71.