David Lipsky Closes in on Merit Crown Ahead of Anirban Lahiri

David Lipsky, 26, who has led the Merit race since winning the Omega European Masters in Switzerland in September, extended his lead in the rankings to $133,518 after finishing sixth in the Bank BRI Indonesia Open Sunday. His season's earnings stand at $707,585. 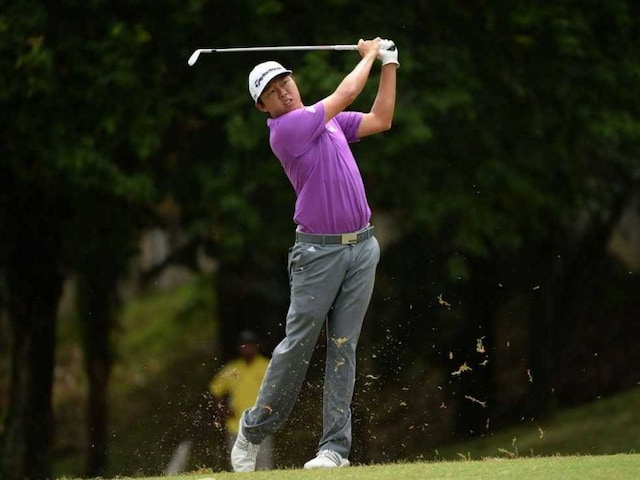 With the finish line in sight, American David Lipsky stayed in prime position ahead of Indian golfer Anirban Lahiri to lift the 2014 Asian Tour's Order of Merit crown with two events remaining.

The 26-year-old Lipsky, who has led the Merit race since winning the Omega European Masters in Switzerland in September, extended his lead in the rankings to $133,518 after finishing sixth in the Bank BRI Indonesia Open Sunday. His season's earnings stand at $707,585. (Harrington Wins Indonesia Open)

Second-placed Lahiri was kicking himself after a costly triple bogey on the 72nd hole in Jakarta dropped him from sixth to equal 15th position as his 2014 tally increased to $574,067, thanks largely to victories at the CIMB Niaga Indonesian Masters and Venetian Macau Open this season.

Thailand's Prom Meesawat, who is third on the Merit list, is the only other player who has a mathematical chance of winning the Order of Merit crown. He currently trails Lipksy by $181,414 with this week's Thailand Golf Championship and next week's inaugural Dubai Open to play.

Prom, who was victorious at the Yeangder Tournament Players Championship in Taipei, withdrew from the opening round in Indonesia to preserve a sore back but will tee up at Amata Spring Country Club Thursday along with Lipsky and Lahiri.

The Thailand Golf Championship and Dubai Open will offer $180,000 and $90,000 respectively to the champions, thus eliminating the fourth-ranked player, Cameron Smith of Australia, and those below him from the Order of Merit race.

Lahiri remained optimistic that he can reel Lipsky in with two events to go. He finished tied fourth and equal 15th in the Thailand Golf Championship in the last two editions and also qualified for the British Open at Amata Spring Country Club, this week's venue, two years ago.

"I've got a lot to play for. David has a good lead and I need two solid results in the last two events. I think I'm playing well enough but I've got to put it together over four rounds. I haven't done that in these last two weeks. I had a poor last round last week (in King's Cup) and poor first round this week," said the 27-year-old Indian, who finished tied second in the previous week's King's Cup in Thailand.

At the opposite end, players will be fighting to finish in the top-60 to earn full playing rights for 2015.

Comments
Topics mentioned in this article
David Lipsky Anirban Lahiri Golf
Get the latest Cricket news, check out the India cricket schedule, Cricket live score . Like us on Facebook or follow us on Twitter for more sports updates. You can also download the NDTV Cricket app for Android or iOS.