Coronavirus: With Golf In Limbo, Migrant Caddies Left In The Lurch

Caddies have been hit the hardest due to golf coming to a halt because of the coronavirus pandemic. 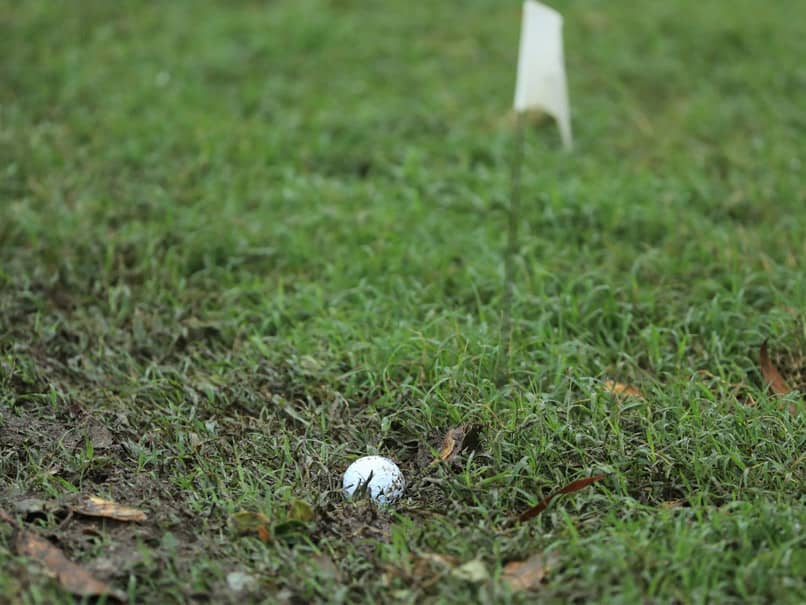 There are around 2500 to 3000 caddies in the NCR region with most being migrants.© AFP

With the Professional Golf Tour of India (PGTI) suspended and golf courses shut due to the coronavirus enforced lockdown, the daily-wage caddies are under great deal of financial stress with most worrying about their livelihood. The fast-spreading COVID-19 pandemic, which has killed over 95,000 people globally, has triggered an economic meltdown, hitting sports hard across the globe and in the golf fraternity, it is the caddies who are the most affected as they depend on day-to-day work. There are around 2500 to 3000 caddies in the NCR region with most being migrants.

While many are regular caddies, hundreds of others look for part-time jobs or alternate sources of income as there are no job guarantees.

Two-time Asian Tour winner Rashid Khan, the front-runner to qualify for Tokyo Olympics, believes more than anybody the caddies will have a tough time if the situation doesn't improve quickly.

"The lockdown is affecting the caddies a lot. They earn money on a daily basis, they don't have any other incomes. They have families, and have to pay rent. So it will be difficult for them to sustain if things don't improve," Rashid told PTI.

"Even my caddie (Imran Mohammad Ansari), who is from Mumbai, had texted me requesting for financial help. There are many caddies who are being affected."

Mantu, who has caddied Rashid Khan, Chandigarh's Akshay Sharma and 2015 Junior World Golf Champion Shubham Jaglan at the Delhi Golf club, said if things don't get to normal 95 % of the caddies will be in trouble.

"In our country, only 5 percent of caddies are well-off, who are earning Rs 20,000 to Rs 25,000 per month and can manage their household but the rest will be in trouble if things don't improve and clubs don't open soon," he said.

"Only 50-60 caddies regularly travel with the top golfers in the PGTI, some of the caddies get a salary from golfers whom they caddie but rest are completely dependent on daily wages."

"Fortunately, I have saved 30 % of the money that I have earned in my life. So I don't need help now as such. I can sustain my family."

Mumbai-born Imran, who has been caddying Rashid for the last four years, said he is worried about his future.

"We are in deep trouble with golf courses being closed. Our Club is currently providing ration like rice, pulses, onions and potatoes but that is not enough. We are somehow managing."

"We earn Rs 500-600 if we caddie for any member on a day but now with no work, things are looking gloomy," said the 37-year-old, who works at Bombay Presidency Golf Club.

"There are around 140 caddies who have come from outside. These people are in bigger trouble, they are not getting help."

While Bombay Presidency Golf Club is providing ration, Bangalore golf club has been paying Rs 300 to each caddie till the club opens again.

Noida Golf Club has also paid sums of Rs 2000 and Rs 2500 to the caddies, while Patna Golf Club too has managed to help with Rs 1000 to its caddies besides distributing food items.

Given the situation, the Caddies Welfare Trust (CWT) at Delhi Golf Club has written to the Home Ministry to consider opening the golf courses in the country.

"A letter has gone from the Caddie Welfare Trust to the Home Minister to consider opening the golf courses, mainly for the sustenance of the caddies, who solely depend on daily wage and are currently in financial stress," DGC president Major Ravinder Singh Bedi (retd) said.

"If it is not addressed these people will start going home and it might lead to another migration issue." DGC has also decided to pay Rs 5000 to the caddies and the members have also opened a fund where each has contributed Rs 500 which will be distributed to the caddies once the lockdown is lifted.

DGC also has been preparing 600 food packages in its kitchen everyday which is being distributed by the police to the needy.

"Caddies are the migrant labourers of the golf course and so I thought if each golfer can take care of a couple of caddies, we can solve this problem to a great extent, so I started a page in social media and it took off well with people from Noida to Jorhat joining and it motivated others to help out the caddies," Bajaj said.

Alam too has been distributing rations to caddies and their families.

But caddies are worried that whatever help they are receiving now will dry up if things don't look up soon.

"We can only hope, nothing is in our hands," says Imran.