Overnight leader Chiragh double bogeyed the first hole but recovered with five birdies (third, eighth), 13th, 14th, 15th) alongwith bogeys on the 11th, 12th and 17th for a 72 that gave him a three-day total of 11-under 205 to stay in the hunt for a first Asian Tour victory. 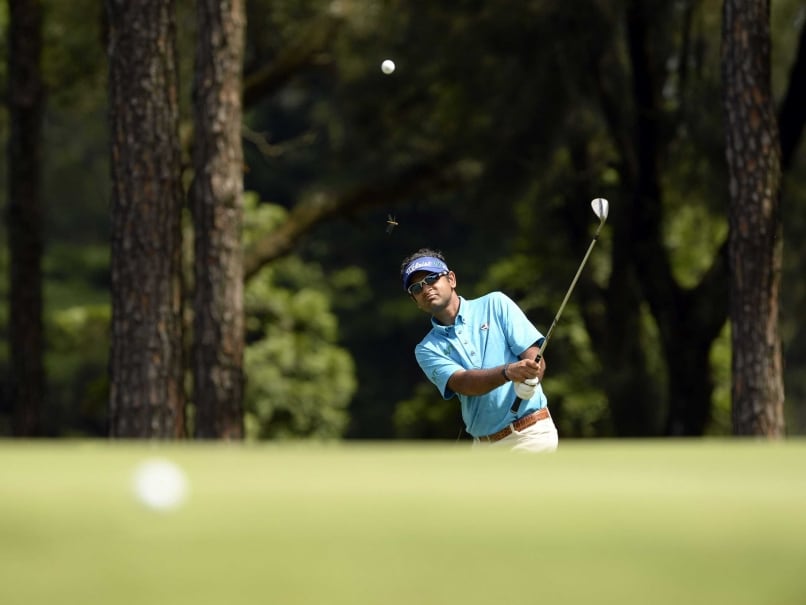 Indian golfer Chiragh Kumar's battling even-par 72 saw his lead reduced to one over a surging Siddikur Rahman of Bangladesh, who carded four-under 68 after the third and penultimate round of the $400,000 Panasonic Open India here on Saturday.

Overnight leader Chiragh double bogeyed the first hole but recovered with five birdies (third, eighth), 13th, 14th, 15th) alongwith bogeys on the 11th, 12th and 17th for a 72 that gave him a three-day total of 11-under 205 to stay in the hunt for a first Asian Tour victory.

Siddidikur, who has won once and has multiple top-10s at the Delhi Golf Club, birdied the last hole from four feet to stay in contention following a 68.

S. Chikka of India and Zamal Hossain of Bangladesh posted a 68 and 70 respectively to trail the leader by three shots.

Home favourite Chiragh struggled with an inconsistent swing as he hit his tee shot into the bushes on the opening hole and was punished with a third bogey of the day on the par-three 17th.

He was disappointed not to build on his overnight three-shot lead but will draw confidence from his battling performance, highlighted by three straight birdies from the 13th hole, when he prepares for a final round shoot-out.

"Right now, I'm glad the round is over. The way I was playing, I'm happy with the score I came back with. I was all over the place today. I'm not disappointed, I'll take it as a positive," the 31-year-old said in a release.

"I kept telling myself not to let the bad shots get to me. I kept grinding out until the very last hole. I stuck to my play and didn't get defensive. You can't let bad shots get to you," added the Delhi golfer, whose best result this year was tied second in Macao three weeks ago.

Two-time Asian Tour winner Siddikur put himself in a familiar position at his favourite hunting ground when he returned with a flawless card.

Chikka, who won on the Asian Development Tour (ADT) last week, stayed out of trouble for 17 holes before walking away with a disappointing bogey when he hit a poor tee shot into the bushes.

"I am really looking forward to a win here. I don't have any score or a number in mind. I am just going to out there and think about every possible shot and try to stay in the moment," he added.

Thai Thaworn Wiratchant (69) and first day leader Mithun Perera (73) of Sri Lanka shared the fifth spot on 209, while the Indian duo of Vikrant Chopra (71) and Shubhankar Sharma (67) were tied seventh on 210.