Chirag Kumar recently finished as runners-up at the Venetian Macau Open to secure his Asian Tour card. Rahil Gangjee is also one of the top Indian golfers 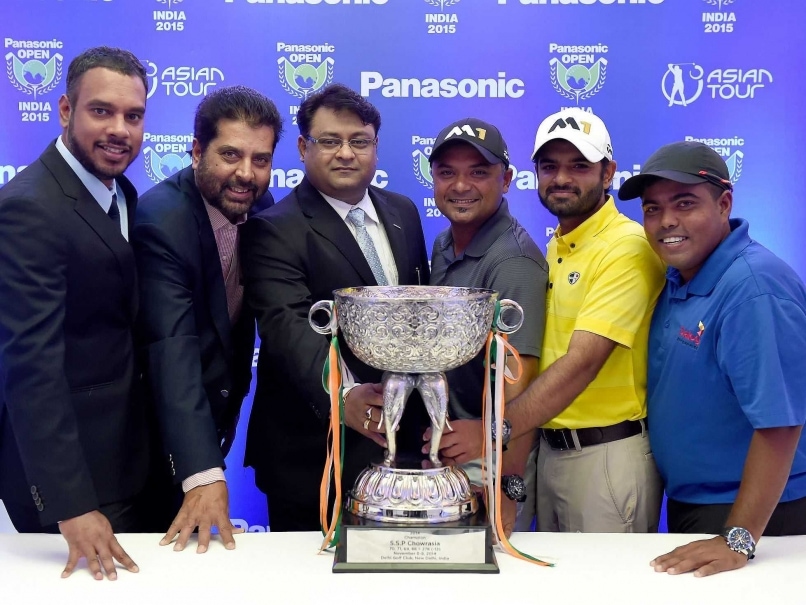 "I didn't play too many tournaments this year. I became a dad at the beginning of the year and also we had a long off season. I spent a lot of time with my daughter Aynaz at home. I played India Open and one or two events so eight months I haven't played much," Chirag said.

"I have started playing a lot in the last 5-6 weeks. The highlight is obviously the second place finish at Macau Open last month. I finally got some form after a long time. So I am looking forward to a strong finish in the next few events. If I can put four days together, I am sure I will be able to put up a good show this week," he added.

Talking about his past performance at the Panasonic Open, Chirag said: "I have done decent in this tournament in the last five years but obviously not as much as I would have liked. Hopefully that will change soon."

"It is really important psychologically to have a good performance under your belt. You know you are playing well so your confidence is high," he said.

Talking about the Delhi Golf Course, he said: "The DGC poses a new challenge everytime you play here. So you have to keep it straight off the tee and basically keep it in play. I think anywhere between 16 to 20 under should be a good score. I hope I can play well. I am excited about the event."

His joint runner-up finish at the USD one million Venetian Macau Open was his best result since 2011 and it helped him secure his Asian Tour card for next season.

"I have already locked my card. So I am really looking forward to playing in the big sanctioned events and take it as it comes and see how it goes," said the 31-year-old, who had narrowly missed out on a full card when he finished 65th on the Asian Tour Order of Merit last year.

The fifth edition of the Panasonic Open India will offer a prize purse of USD 400,000, an increase of USD 100,000 from past editions.

Gangjee, who was tied eighth after second round at Macau, said: "I am really happy with my form. Even in the beginning of the year, a few bad shots here and there cost me those big events and that's why I am not in a position where I should be. Of late, the last two courses have suited me. So it has been a confidence booster for me.

Gangjee also finished tied 18th at Hong Kong Open, which saw him climb into top-60 at 52nd on the Money List and gave him a chance to keep his card for 2016.

"I had a plan of going to the Q school for Europe but since I had not secured my card here in Asia so I changed my plans. I am right now at top 52 and I want to get into the top 30 because, they get all the events.

"I have six more events to go in the Asian Tour so I think it is enough to get the job done. Even last year, I had finished 19th. So let's see."

Talking about his chances this week, Gangjee said: "I love this course and I feel I will be right up there. I have to hit it really good, my putting has been good. But I had problems with my hitting.

"At the level we are playing, if you play a bad shot here and there, you won't be able to compete. So it has been troubling me for few months. But last two weeks at Macau and Hong Kong, I am feeling good. I have tweaked my driver, my rescue and three-wood. So I think I am ready to go," he added.

Gangjee has bitter-sweet memories of the last edition as after leading for three days, he failed to finish the job on the final day and ended tied second.

"I did feel the pressure last year. I was leading all four days, media was talking about winning, there were so many expectations. It is important to set all that aside and focus on the process," the Kolkata-born golfer said.

Gangjee had injured his foot on the final day at Macau and came up with a card of 79 to end tied 55th. Talking about the injury, Gangjee, who finished tied 18th at Hong Kong, said: "I had twisted my foot at Macau in the last round and it really affected my performance. I was in absolute pain for 17 holes in Macau but I went to a physio and got that sorted out and played well at Hong Kong."