Bryson DeChambeau, an amateur,  put in a magnificent performance in the Augusta Masters and was unlucky to miss out on the lead as he botched up on the 18th hole. 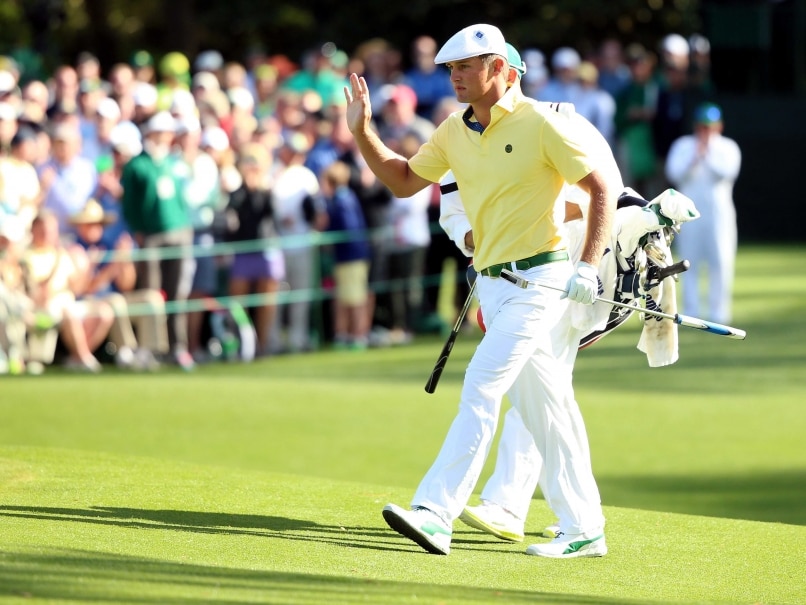 Bryson DeChambeau made a shambles of the 18th hole in Friday's second round at Augusta National, or the 22-year-old American might have finished in the lead at the Masters. (Jordan Spieth Hangs On to Lead in Augusta Masters)

The reigning US Amateur champion was on track for the low round of a wind-swept day at the famed layout with six birdies in the round and he stood second on the leaderboard to playing partner and defending champion Jordan Spieth.

"I did miss a couple of putts. If I made those putts and just do what I should on 18, I could be leading," he said. "Could easily be right up there on the top of the leaderboard."

No amateur has ever won the Masters, whose founder was famed amateur Bobby Jones. The best Masters showing by any amateur was Ken Venturi's solo runner-up effort in 1956.

DeChambeau, stylish in his Ben Hogan-style cap and unique with all of his irons and wedges the same length, could achieve a landmark victory and become the first man to win in his debut since Fuzzy Zoeller in 1979.

"The only thing I have to clean up is my par-5 play," DeChambeau said. "I'm only 1-under on the par-5s. If you want to win the Masters, you've got to play the par-5s really well.

"If I birdie half the holes on the par-5s these past couple days, I'm in the lead."

DeChambeau, ranked 464th in the world, plans to turn professional at next week's US PGA Heritage tournament, after using the Masters invitation obtained from his US Amateur title.

"It has been an incredible experience so far," DeChambeau said. It's definitely one that I've been not only dreaming of but sort of knew that I could do it as well."

Poised to be in the top three, DeChambeau pulled his tee shot at 18 left into a holly bush, an unplayable lie sending him back to the tee, where he put the ball into the left trees again.

Due to a temporary immovable obstruction, he went 40 yards left for a drop and then fired the ball over trees short of the green, finding his way normally from there.

"It was a nice walk in the park," he said. "Unfortunately it went sour at the end, but I can't look at that. It's just an anomaly and it won't happen tomorrow.

"People think, 'Oh my gosh, he was nervous.' No, I wasn't nervous. I pulled two shots. It's a disappointing factor. But that's golf. You've got to learn from that and play your best tomorrow."

DeChambeau credited patience with his solid showing and hinted it might result in adding a green jacket to his wardrobe on Sunday.

"I was hitting it really well and that ultimately allowed me to perform at a really high level, one that I know I can play in any tournament," he said.

"And if I can stay that way and keep performing at the high level, well, I think you know the rest."