Brian Lara to team up with Ernie Els

Former West Indies cricket star Brian Lara is set to return to Bermuda where he will team up with his pal Ernie Els ahead of next week's PGA Grand Slam of Golf at government-run Port Royal. 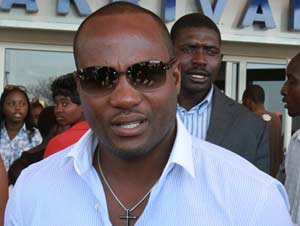 Former West Indies cricket star Brian Lara is set to return to Bermuda where he will team up with his pal Ernie Els ahead of next week's PGA Grand Slam of Golf at government-run Port Royal.

The 43-year-old Lara, who was here for the 2010 event, will play in Monday's Pro-Am and will be in the gallery watching Els, Bubba Watson, Webb Simpson and Keegan Bradley compete for the $600,000 first prize in the Grand Slam, an annual 36-hole tournament for the season's four major winners, Tuesday and Wednesday.

Bradley, last year's Grand Slam winner, is a replacement for Northern Irishman Rory McIlroy, who won the season's final major, the US PGA Championship. Watson won the Masters, Els the British Open, and Simpson the US Open.

World No.1 Rory McIlroy is skipping the Grand Slam to play in tournaments in Asia.

Two years ago Lara, a former West Indies captain, was invited to Bermuda by then-Premier Ewart Brown but this time he will be the guest of South African Els, a keen cricket fan. 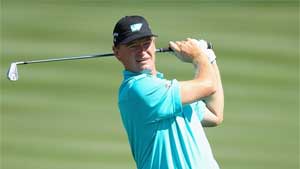 In 2010 the two stars delighted the gallery on the 16th hole with an impromptu game of cricket, pictures of which were snapped up by international media. Els went on to win the tournament.

Lara has an honorary lifetime membership to Port Royal, which is staging the Grand Slam for the fourth year. The two previous years it was staged at Bermuda's Mid Ocean Club.

Despite retiring from international cricket five years ago, Lara still holds the World records for the highest Test and first class score.

Comments
Topics mentioned in this article
Golf Brian Lara Ernie Els
Get the latest Cricket news, check out the India cricket schedule, Cricket live score . Like us on Facebook or follow us on Twitter for more sports updates. You can also download the NDTV Cricket app for Android or iOS.