Ranveer Singh Saini created history by winning a gold medal at the World Olympics Special Games in Los Angeles on Friday. The 14-year old autistic golfer became the first Indian golfer to participate and win at the mega games. 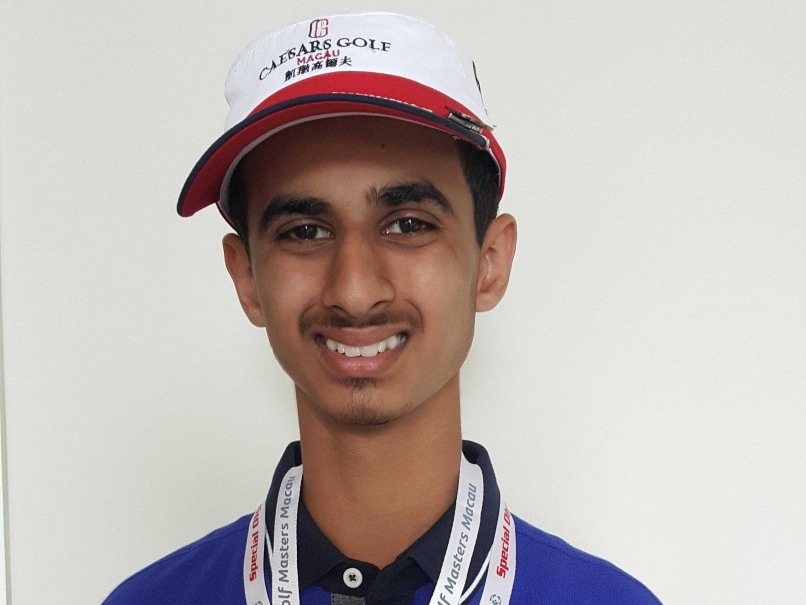 Ranveer Singh Saini was diagnosed with Autism when he was less than 2 years old.© NDTV

Ranveer Singh Saini, 14, is now a gold medallist at the Special Olympics World Games. Team India constituted of Ranveer and his partner Monica beat 21 countries to win the Alternate shot team event. They won by 9 shots to bag the Gold medal. NDTV Spoke to Team Ranveer after historic win. Here are some excerpts from the exclusive chat.

Disha Chopra:Â  Does it all feel like a dream, takes us though the entire day, how did you all react after the big win, did Ranveer even realize the magnitude of what he's achieved?

Ranveer's Father, Kartikeya Saini: "Oh! He was, he was, he was putting his thumbs up, putting his V's and thing. He made two birdies in this last four days and it has birdies and this thing and he was counting his scores and every hole he was keeping his scores, he was absolutely full of euphoria."

DC: Parents of special children have to work exceptionally hard and persevere a lot, what were the main challenges that you faced producing Ranveer, the champion golfer?

KS: Ranveer had a very little focus and a lot of hyperactivity as he is autistic by birth but the biggest challenge was society and societal acceptance. But we as parents decided that we are not going to be defeated by what what's happening in the social circles around us.

DC: How all have been the biggest strengths and the backbone of Ranveer and his success on the greens?

KS: Ranveer had lot of mentors at his school, The Scottish School. He's got incredible support from his teachers, his coach, his doctors and physiotherapists and there was a lot of help from media. In fact, I would like to specifically state that NDTV pioneered the entire media to focus towards Ranveer. Once NDTV covered Ranveer, the rest of the media followed in your footsteps. That led to massive movement of people towards supporting Ranveer in his cause.

DC: When I met Ranveer before he left for the Special Olympics, he was most excited about 2 things,- one getting to meet Michelle Obama or Obama Aunty as he called her and buying a big dial watch. Did he manage to do any of these 2 things?

KS: Before the Games, his Obama Aunty was there, the first lady of United States was there at the opening ceremony as close as about 5 to 10 metres from the athletes. She spoke to them, she inspired them, she met a few of them, she hugged a few athletes on the stage, so yes, he did get to see Obama Aunty from that close and he was very excited.

DC: And finally what message would you like to give parents of children with special needs when it comes to sports becoming a tool of inclusion and acceptance for special children?

KS: The only message we all have to give is don't give up. Winning is not important but be brave in an attempt to win. As long as we are with our children, they are already winners. Remember that they have outstanding talent and they can be self-sustaining in their lives. Just don't give up, that's the only bottom line.

Comments
Topics mentioned in this article
Golf
Get the latest updates on India vs South Africa and check out  Schedule, Results and Live Score. Like us on Facebook or follow us on Twitter for more sports updates. You can also download the NDTV Cricket app for Android or iOS.