Arjun Atwal will play the first two rounds of the Rocket Mortgage Classic with Matt Jones and Michael Thompson and tee off in the first round in the afternoon at 1.20 pm local time. 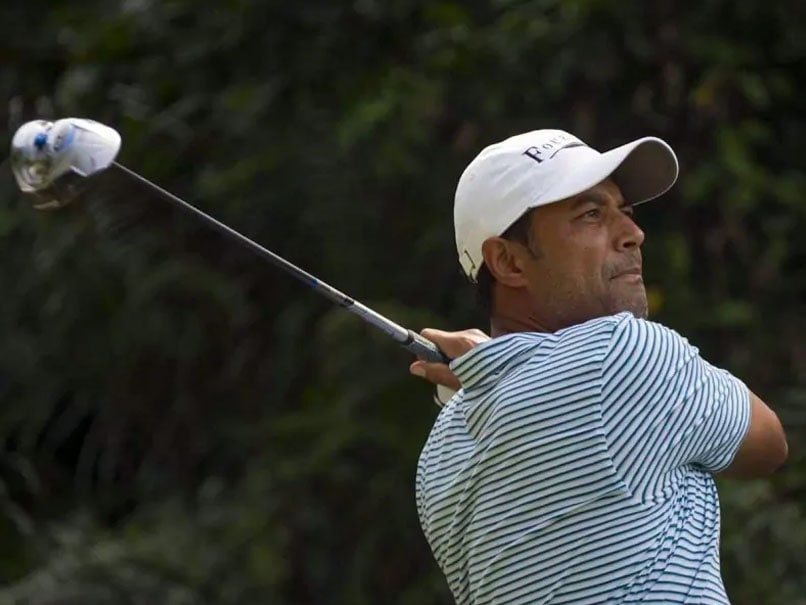 Arjun Atwal won the Wyndham Championship back in 2010.© AFP

Indian golfer Arjun Atwal tested negative for COVID-19 in an on-arrival test ahead of this week's Rocket Mortgage Classic on the PGA Tour, leaving him relieved and excited in equal measure as he geared up to compete amid the health crisis. Flying into the venue on a commercial flight, Atwal joked, "I am glad it was not a test in Math." "The first thing was a test on arrival. No going to the course or the range, till the test came through. I had to wait for close to hours, but in a sense felt relieved at all these precautions."

Atwal will play the first two rounds with Matt Jones and Michael Thompson and tee off in the first round in the afternoon at 1.20 pm local time. He is raring to go. "I have worked hard, lost almost 15 pounds, trained a bit with my son, who plays basketball. I have a new regimen, a new diet schedule and am taking fewer calories and working real hard," said the man, who is the only Indian to have tasted success on the PGA Tour.

He won the Wyndham Championship in 2010. "That was ten years ago, a long, long time ago," he says. Now 47, Atwal believes he can still compete at this level -- he was runner up, losing in a play-off at the 2017 Mauritius Open, an event co-sanctioned by European and Asian Tours. And of course, there is the example of Phil Mickelson, who turned 50 in June.

"I look forward to competing (this week). I miss the adrenaline. When I got the news that I got in through a sponsor's exemption, I started getting excited to practice again. I started practising with a purpose," said Atwal.

"Though he played five PGA Tour events in Fall in 2019, this is only his fourth start in 2020. His last start was The Honda Classic for which he came through the Monday qualifiers."

As for playing, Atwal said, "The golf club (near his home) didn't close and I did some practice but it was a weird experience. There was no real purpose to practice with the shutdown," said Atwal, who is based in Windermere, Florida. "I had a slight rib injury which I managed to get rid of. I'm looking forward to this one, as my body feels okay for the first time in a long while. To play a tournament pain-free would be great. Look forward to playing without back pain."

His diet plan included reducing his carbohydrate intake, increasing his consumption of fruit and vegetables and stop drinking alcohol since the turn of the new decade. He also started working out three to four times a week and practices yoga diligently.

"I don't remember how long ago I have felt like this. It's been a gradual weight loss and I've added swing speed too. I'm back to 185 pounds which was the same number when I got onto the PGA TOUR in 2004," said Atwal, who has won eight times on the Asian Tour.

"I wanted to get rid of the aches and pains, which I've had for a number of years. I cleaned up my food...eating less carbs, lighter calories and not consuming 3,000 calories daily like before. "I feel good. The legs feel stronger and I'm hoping that when I get to Sunday, it'll show up when you're carrying less weight."

Comments
Topics mentioned in this article
Arjun Atwal Matt Jones Michael Thompson Golf
Get the latest updates on ICC Women's Cricket World Cup 2022 and IPL 2022, check out the Schedule , Live Score and IPL Points Table. Like us on Facebook or follow us on Twitter for more sports updates. You can also download the NDTV Cricket app for Android or iOS.