Anirban Lahiri Slips in 3rd Round in Career Builder Challenge

Anirban Lahiri who was tied-third after two rounds, is playing his first full season on the PGA Tour. He rallied from a bogey on fourth and a double bogey on seventh with four birdies between eighth and 14th holes. A good final round can still bring him back into Top-10, which will be a good start to the PGA Tour season. 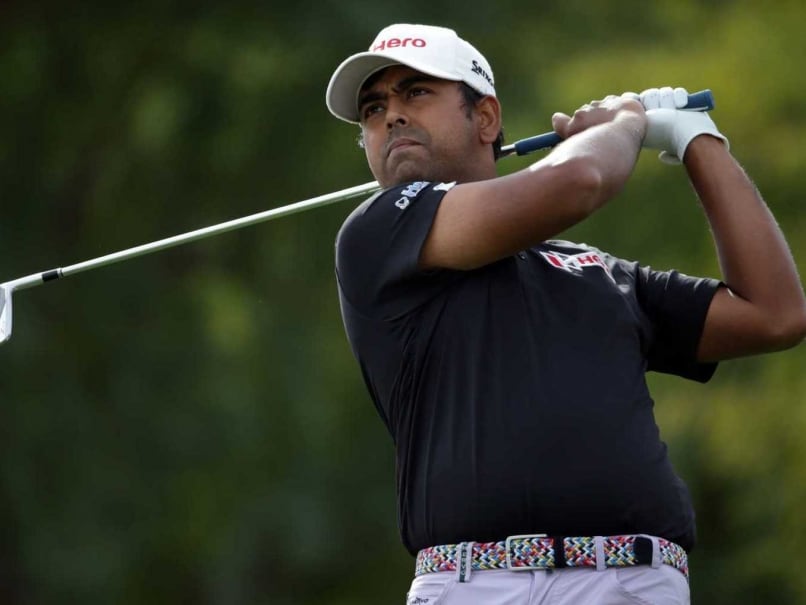 Indian golfer Anirban Lahiri fought back from a rough start on the front nine to bring home home a card of one-under 71 in the third round, but still slipped to Tied-19th in Career Builder Challenge presented by Clinton Foundation.

The 28-year-old Indian, who was tied-third after two rounds, is playing his first full season on the PGA Tour. He rallied from a bogey on fourth and a double bogey on seventh with four birdies between eighth and 14th holes. A good final round can still bring him back into Top-10, which will be a good start to the PGA Tour season.

Lahiri, the two-time winner on European Tour in Malaysian Open and Hero Indian Open in 2015, also missed a bunch of makeable birdie putts and another couple for a par and bogey. Other than second shot hits into water on fourth and seventh, Lahiri hit well to give himself lot of opportunities, but missed a lot of them.

Lahiri who shot a bogey free 64 on first day and then 68 on second day, is 11-under through 54 holes in a tournament, which has turned out to be a birdie-fest of sorts.

Jason Dufner, who has been winless since the 2013 PGA Championships, added an eight-under 64 after 64-65 on first two days. Dufner had a great finish birdieing seven of his final nine holes to take a two-shot advantage into the final round with one final round left at the PGA West's TPC Stadium Course.

Playing at the toughest of three courses, the Stadium Course on Saturday, Lahiri's highpoints of the round were a brace of birdies from around 14 feet each on eighth and ninth and another two from inside five feet after good approach shots on 12th and 14th.

But his story on day three was one of missed putts. Lahiri missed birdie putts inside 10 feet on at least four occasions on the first, fourth, 10th and par-5 16th. Besides that he missed a 12-footer for par after going into the water on fifth, missed a 14-footer for birdie on sixth and missed a 15-footer for bogey when he again went into water on par-4 seventh.

Lahiri admitted, "I left a lot of putts out there and that was disappointing. I still hope to make up some ground in the final round. So let's see." Leader Dufner coming off two Top-10 finishes in a row, said, "This is the way you want to play," Dufner said. "This is what we work to do. My mindset's at a point where, no matter what happens out there, good swings, bad swings, I know that I can shoot good scores."

Jamie Lovemark was second after a 65 on the Stadium Course. Adam Hadwin had a 64 on the Nicklaus Course to get to 20 under. The Canadian missed a chance to get closer, bogeying the par-5 15th after hitting into the water and closing with three pars.

Phil Mickelson was tied for fifth at 17 under in his first start since The Presidents Cup in October and first since splitting with swing coach Butch Harmon to work with Andrew Getson. He had a bogey-free 66 at the Stadium Course, holing a flop shot for birdie on the 10th hole.

David Lingmerth was five strokes back at 18 under after a 62 on the Nicklaus Course. The Swede had six straight birdies from No. 14 to No. 1, eagled the par-5 fifth, birdied the seventh and closed with two pars.

Kevin Na matched Lingmerth with a 62 on Nicklaus Course, playing his last seven holes in 8 under with an eagle and seven birdies to get to 17 under.