Anirban Lahiri fired six birdies through the last 13 holes after scoring a birdie, bogey and double bogey in the first four on the final day in Irving. 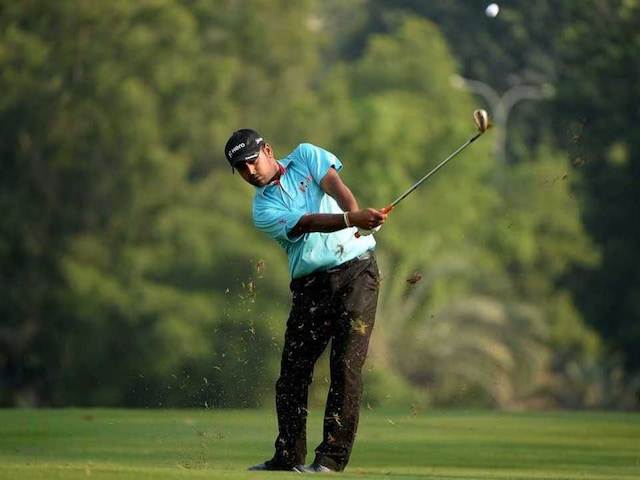 Indian golfer Anirban Lahiri recovered from an early slump to bring home an improved card of four-under 66 in the final round to sign off at Tied 46 at the AT&T Byron Nelson in Irving.

Lahiri fired six birdies through the last 13 holes after scoring a birdie, bogey and double bogey in the first four on the final day in Irving.

Lahiri has time and again this season played at least a couple of good rounds each week and it would seem only a matter of time before he can string together four rounds and be in contention for his maiden PGA Tour title.

Sergio Garcia made a par on the first playoff hole to beat Brooks Koepka for his ninth career PGA TOUR victory.

The 36-year-old Spaniard overcame four bogeys, and two balls in the water on the back nine, for a 2-under 68 to get to 15-under 265. He was two groups ahead of the final pairing of Jordan Spieth and Brooks Koepka, who bogeyed the 14th and 15th holes and just missed a birdie chance at 18.

Lahiri, who was making his 11th cut in 14 starts in the 2015-16 season, said, "I dug myself a hole yet again but played myself out of this one. Just one bad hole really (on the fourth) and for the rest I played really good all day."

He admitted that he did miss some putts, saying, "I missed a bunch of makeable putts today, but I am happy with the game and hopefully I will see more of this next week."

Back in 1999, Garcia as a 19-year-old shot a 62 in the first round he played at the AT&T Byron Nelson and tied for third. Five years later he won with Lord Byron watching.

With another win at the Byron Nelson, Garcia matched Seve Ballesteros for the most PGA TOUR victories by a Spanish-born player.

Koepka, who started the day with a two-stroke lead over Spieth, was 17 under after his last birdies of the day, at Nos. 7 and 9. He shot 71.

Matt Kuchar was a stroke out of the playoff at 14 under after a 65.

World No. 2 Spieth had two bogeys in his first five holes yesterday and went on to shoot 74. He finished tied for 18th at 10 under.

In his 301st PGA TOUR start, Garcia improved to 5-6 in playoffs and got a check for USD 1,314,000. Koepka was in his first playoff in his 55th tournament, a year after his only victory in the Waste Management Phoenix Open.