Before he gets back to the treatment table though, Nadal had a chance to pose with the French Open trophy, called "La Coupe des Mousquetaires", the English translation for which is-The Musketeers Cup, with the magnificent Eiffel Tower in the background. 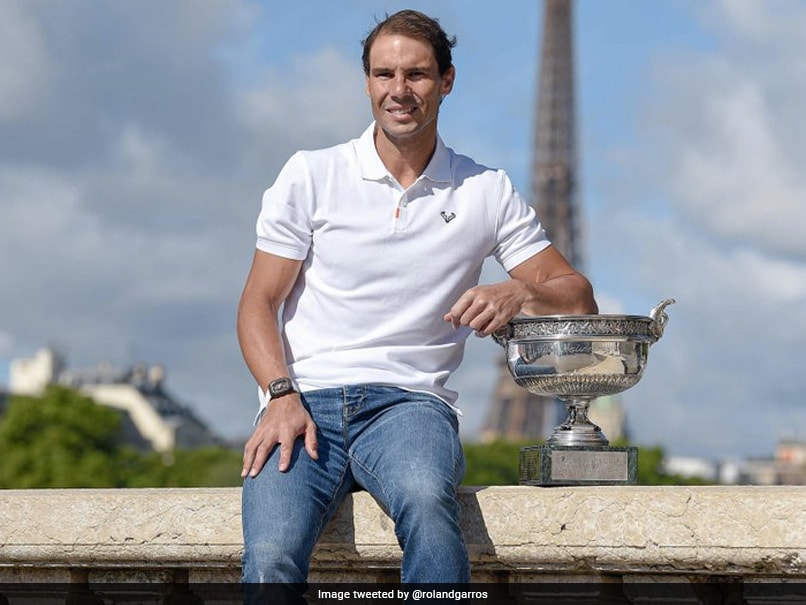 Rafael Nadal powered to his 14th French Open title on Sunday after Iga Swiatek continued her remarkable winning run to lift the women's trophy. The 36-year-old came through a gruelling tournament featuring energy-sapping matches against Felix Auger-Aliassime, Novak Djokovic and Alexander Zverev before thrashing Casper Ruud in the final. But Nadal will be heading to the treatment table next week as he looks to recover from a chronic left foot problem in time to be able to play at Wimbledon. Nadal, who would be arriving at the All England Club still on track for a calendar Grand Slam for the first time in his career, said he is still hopeful that he would be able to compete.

"If it (the treatment) works, I keep going. If not, it will be another story," said the two-time Wimbledon champion.

He has won two Grand Slam titles this season to move clear in the race to finish above Roger Federer and Novak Djokovic on the all-time list. Nadal took injections to be able to play at Roland Garros, but insists that he will not continue down that road.

Before he gets back to the treatment table though, Nadal had a chance to pose with the French Open trophy, called "La Coupe des Mousquetaires",the English translation for which is-The Musketeers' Cup, with the magnificent Eiffel Tower in the background.

"The Musketeers' cup has been awarded to the winner of the men's singles event since 1981 and pays tribute to the four Musketeers of French tennis: Jean Borotra, Jacques Brugnon, Henri Cochet and René Lacoste.

"A silver bowl bordered with vine leaves around the top and decorated with two swan-shaped  handles, the trophy is mounted on a marble base in which is inscribed the names of the winners since 1891," the official Roland Garros website states.

It will be interesting to see whether the veteran duo of Roger Federer and Rafael Nadal return to the grass courts of Wimbledon to challenge Novak Djokovic or not.

Comments
Topics mentioned in this article
Rafael Nadal French Open 2022 Tennis
Get the latest updates on IPL Auction 2023 and check out  IPL 2023 and Live Cricket Score. Like us on Facebook or follow us on Twitter for more sports updates. You can also download the NDTV Cricket app for Android or iOS.