Brazil star Neymar said that the 2022 World Cup will be his last as he "doesn't have the strength to put up with more football". 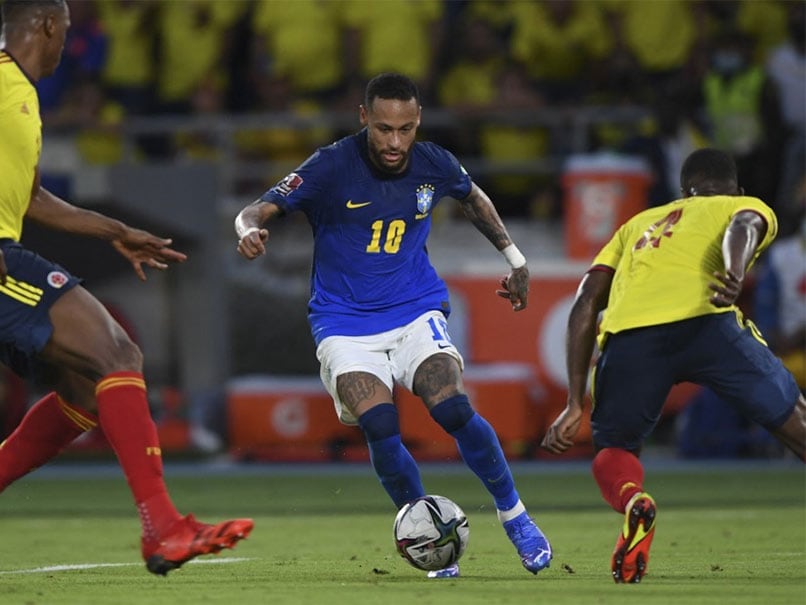 Brazil star Neymar will be 34 when the 2026 World Cup will be staged.© AFP

Brazil star Neymar said Sunday that the 2022 World Cup will be his last as he "doesn't have the strength to put up with more football". "I think it will be my last World Cup," the 29-year-old told DAZN. "I will play it like it is the last because I don't know if I will still have the mental strength to put up with even more football," he added. Neymar, who has played in two World Cups and is his country's second top scorer of all time behind Pele, will be 34 when the 2026 tournament rolls around.

Neymar played in the 2014 World Cup on home soil and scored four goals.

However, he was to suffer a back injury before Brazil were humiliated 7-1 by Germany in the semi-finals.

Four years later, in Russia, Brazil were knocked out by Belgium in the quarter-finals.

So far, his international honours have been limited to the 2013 Confederations Cup and an Olympic gold medal in Rio in 2016.

Injury ruled him out of the 2019 Copa America which Brazil won as well as the 2021 edition where Argentina triumphed in the final.

Brazil are comfortably placed to reach the 2022 World Cup in Qatar having won all nine of their qualifiers in the South American region so far.

Brazil Neymar Pele Football
Get the latest updates on IND vs NZ 2021, check out the Schedule and Live Score . Like us on Facebook or follow us on Twitter for more sports updates. You can also download the NDTV Cricket app for Android or iOS.