Who's Saying What As Bundesliga Returns

Bundesliga gave fans across the world their first taste of elite football for two months amid empty stands and stringent hygiene guidelines. 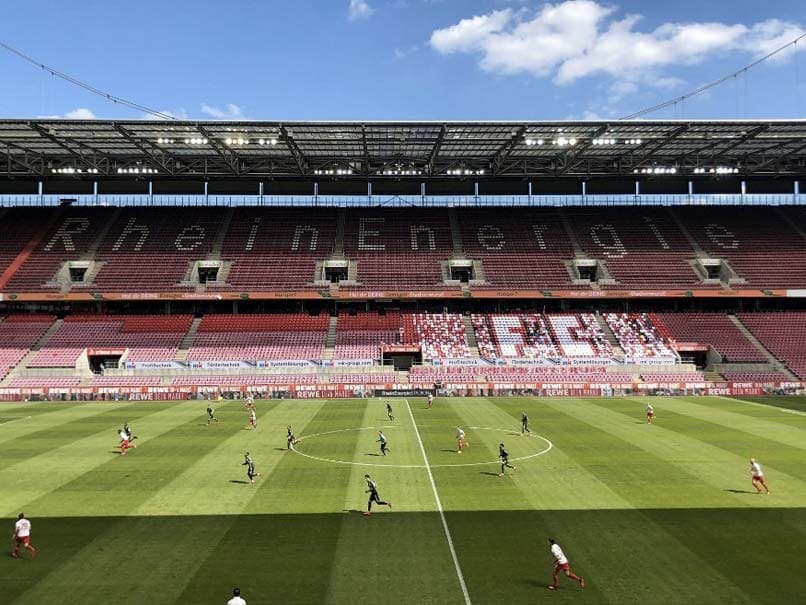 Bundesliga made a return over the weekend but matches were played without fans.© AFP

The German Bundesliga on Saturday and Sunday became the first major European league to resume playing after a two-month coronavirus lockdown. Matches were played without fans while goal celebrations were banned and benches observed social distancing.

AFP Sport looks at the reaction:

"It felt a bit like the atmosphere you get for old man's football, 7pm, under floodlights, but as soon as the ball started to roll, the game took our focus."

-- Bayern Munich star Thomas Mueller on the empty ground at Union Berlin where the champions won 2-0 on Sunday.

"I apologise for putting my hands on his face. But it wasn't a kiss or a celebration. I was giving him instructions about a set piece."

-- Hertha Berlin defender Dedryck Boyata on his up-close encounter with Marko Grujic during the 3-0 win over Hoffenheim. A senior German politician had criticised players for breaching the league's strict hygiene protocol.

"We don't want to simulate normality where there is no normality."

-- A Union fan at the entrance to the Alten Foersterei ground selling match day programmes: one made for the original fixture, which was postponed in March, and one specially produced during lockdown.

"It was like street football, a huge game for us."

-- Mainz sports director Rouven Schroeder after his team came from 2-0 down to draw 2-2 at Cologne.

"Without you, it's all worthless! Football lives through its fans!"

-- Banners displayed at second-division St Pauli before their game with Nuremberg as a protest against 'ghost games'.

"There is something surreal about it. In the two hours before the match, you receive text messages from all over the world, people who tell you that they are going to watch the match on TV, and then you drive through your city and there is absolutely nothing happening. You have to get used to it."

"There is no noise, you shoot at the goal, you make a great pass, you score, and nothing happens, it's very, very weird."

"We had many conversations beforehand and knew that it was actually nothing more than like the games we used to play as children: without anyone watching and just having fun. The result just now also makes people happy who are watching in front of the TV."

"Not necessarily for the players, who may have to buy one less Lamborghini, but for the economy that depends on it -- the coaches, ground staff, fan shops. On a match day, some shops, including fast-food stands, rake in revenues equivalent to that of a normal week."

-- Long-standing Dortmund supporter Marco Perz on why it was crucial the German season restarted.

"For us the situation is not really new. We have already been training in empty stadiums. Also as a coach, I have trained youth teams in the past and I always heard myself shouting. We are just as happy to be able to go back to our work as the cook who prepares a good meal again. We are just as happy as anyone else who tries to do creative things."

"The day was a bit odd. I am an emotional man, I like to take a player in my arms, which I obviously couldn't do today."

-- Uwe Rosler, the coach of Duesseldorf

SC Freiburg Football
Get the latest updates on IPL Auction 2023 and check out  IPL 2023 and Live Cricket Score. Like us on Facebook or follow us on Twitter for more sports updates. You can also download the NDTV Cricket app for Android or iOS.