The 28-year-old Hilbert, who won the 2007 Bundesliga title with VfB Stuttgart, trained with Leverkusen on Friday. 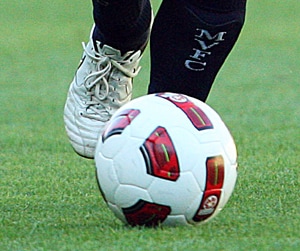 Champions League side Bayer Leverkusen made another addition to their squad on Friday with Germany defender Roberto Hilbert signing from Turkish club Besiktas on a three-year deal.

The 28-year-old, who won the 2007 Bundesliga title with VfB Stuttgart, trained with Leverkusen on Friday.

"He has international experience and makes us flexible tactically, especially on the right side."

Hilbert made the last of his eight appearances for Germany against Austria back in 2008, less than a year after making his international debut, but has not featured for German head coach Joachim Loew's since.

With Daniel Carvajal having been sold back to Real Madrid after a season at Leverkusen, Bayer have brought in Italy Under-21 defender Guilo Donati and Hilbert to cover the right side.

Bayer have been busy in the transfer market since finishing third in the Bundesliga with seven new signings including South Korea striker Son Heung-Min signed from Hamburg, Australia wing Robbie Kruse from Fortuna Duesseldorf and Bosnia defender Emir Spahic from Sevilla.

Comments
Topics mentioned in this article
Football VfB Stuttgart Roberto Hilbert
Get the latest updates on India vs South Africa and check out  Schedule, Results and Live Score. Like us on Facebook or follow us on Twitter for more sports updates. You can also download the NDTV Cricket app for Android or iOS.