Sunil Chhetri was the target of a racist comment during his Instagram chat with Virat Kohli and fans were not amused. 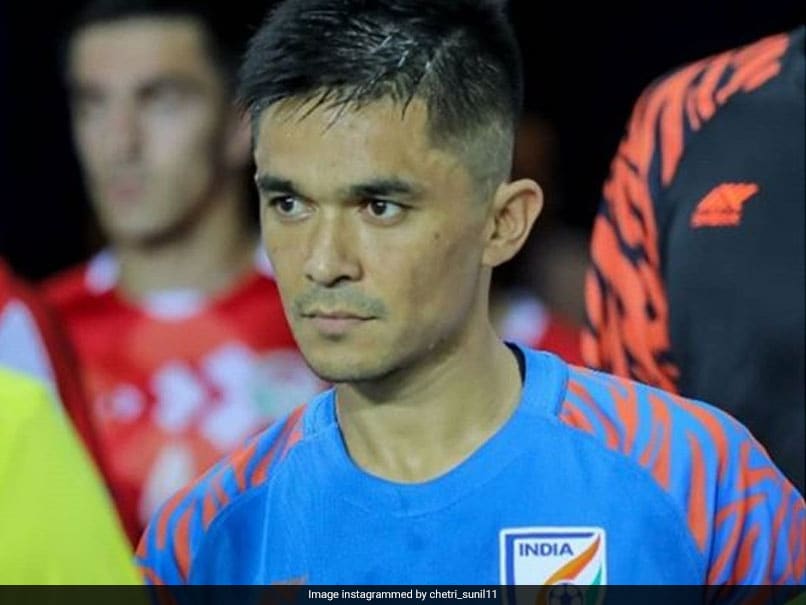 An Instagram user targeted India's football team captain Sunil Chhetri with a racist comment during his Instagram live chat with India cricket team skipper Virat Kohli. "Ye Nepali kon h (who is this Nepali)," an Instagram user by with the handle "yasharma.official" commented during the interaction between two of the country's sporting icons. A Twitter user shared a screenshot of the Instagram live chat with the comment and condemned the racist attitude towards people from the North-East, specifying the derogatory words that are frequently used for them in some other parts of India.

India is one of the most racist country.
The Indian football captain is called Nepali can only imagine the plight of North East people here. People not knowing Chhetri is still fine. But society has sort of normalised chinki, Nepali etc towards them.
It's shameful. pic.twitter.com/m8v14kOrTu

"The Indian football captain is called Nepali can only imagine the plight of North East people here," the user wrote.

"People not knowing Chhetri is still fine. But society has sort of normalised chinki, Nepali etc towards them," he wrote, before adding "It's shameful."

Twitter users were enraged by the comment, with one user writing that the user who made the distasteful remark has been reported. "Nobody undermines Sunil Chhetri," he added.

"Kids should be educated about diversity among people and culture. North East is just mentioned. It deserves much more attention than that. There is a lack of awareness. Sadly we know very little about the North East of our own country," wrote another user.

Sunil Chhetri has established himself as a legend in Indian football. He is India's highest-ever goal-scorer, with 72 strikes for the country.

Virat Kohli
Get the latest updates on Fifa Worldcup 2022 and check out  Fifa World Cup Schedule, Stats and Live Cricket Score. Like us on Facebook or follow us on Twitter for more sports updates. You can also download the NDTV Cricket app for Android or iOS.