Chhetri, with 102 appearances for India, and Messi, in 124 internationals, are currently joint 21st in the all-time list of goal scorers. 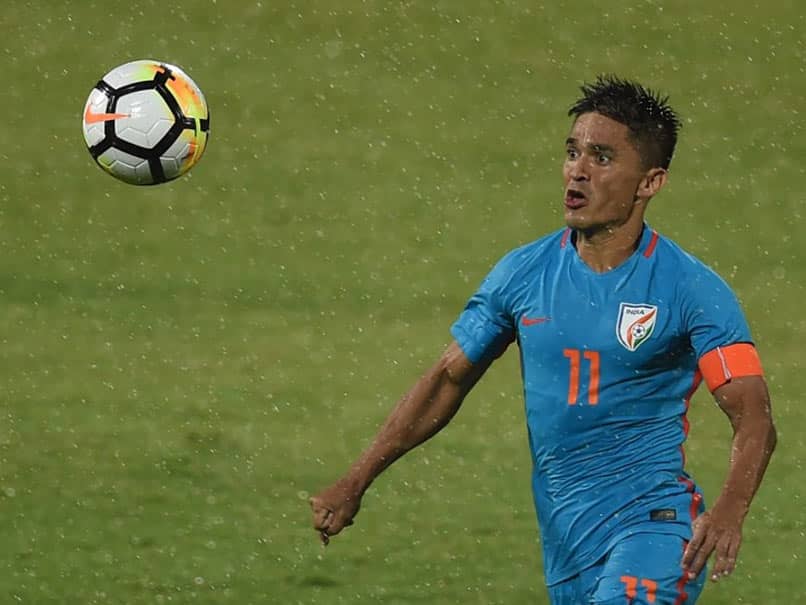 India's football captain Sunil Chhetri scored twice and took his tally to 64 on Sunday and joined Argentina star Lionel Messi as the second highest international goal-scorer among active players. Chhetri's brace helped India beat Kenya 2-0 to lift the Intercontinental Cup in Mumbai. The 33-year-old scored in the eighth and the 29th minute to get equal with Messi. Portugal's Cristiano Ronaldo leads the active players' scoring tally with 81 goals from 150 matches. Chhetri, with 102 appearances for India, and Messi, in 124 internationals, are currently joint 21st in the all-time list of goal scorers. Iran's Ali Daei leads the list with 109 goals in 149 appearances between 1993 and 2006.

Chhetri, who thanked the crowd on turning out in numbers after he had posted a video message last week on Twitter seeking fan support at India matches, played down comparisons with Messi.

"I am not taking that too seriously. There is no comparison (with Messi). I am a big fan (of him) and happy scoring goals for the country," Chhetri, who scored eight goals in the four-nation tournament, said after the win.

"We want to win matches, we want to win trophies for the country. We are in the ascendancy right now. It's just the start. Hope we could get more games and prepare for 2019 Asia Cup."

The national team are 97th in the FIFA rankings, having risen from 166th in 2015 when English coach Stephen Constantine was appointed.

But cricket dominates Indian sport and they are number one in the Test rankings.

Lionel Messi Ronaldo Football
Get the latest updates on IPL 2020, check out the IPL Schedule for 2020 and Indian Premier League (IPL) Cricket live score . Like us on Facebook or follow us on Twitter for more sports updates. You can also download the NDTV Cricket app for Android or iOS.