Sunil Chhetri Says No Comparison With Lionel Messi, He's On A Different Level 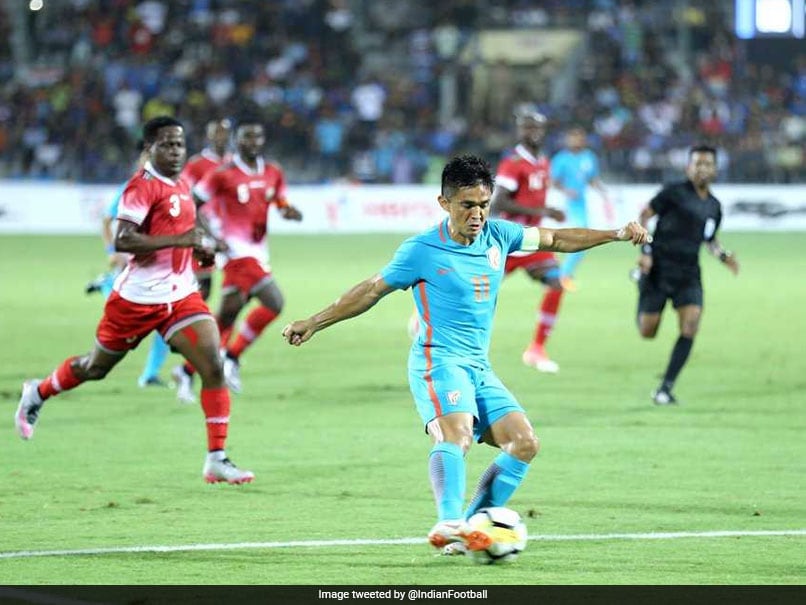 Indian football team captain Sunil Chhetri feels he should not be compared to superstar striker Lionel Messi, adding that the Argentinian player is at an entirely different level. Chhetri on Sunday had equalled Messi's tally of 64 international goals with a brilliant brace as India beat Kenya 2-0 to win the Intercontinental Cup at the Mumbai Football Arena. "I don't take the comparison seriously. Messi is of a different level. I'm just happy that I have scored 64 goals for my country," Chhetri told news agency ANI. The 33-year-old striker had a stellar tournament having notched up eight goals. He hit a perfect hat-trick against Chinese Taipei, scored a double against Kenya in his 100th international match and hit one goal in the defeat to New Zealand in India's last game of the Intercontinental Cup.

Meanwhile, Chhetrialso acknowledged the support that his side received during the final. "Happy for everyone who was on the pitch and off the pitch. If we get support from people like we got in Mumbai, we'll give everything for India. It is really motivating when the stadium is jam-packed," Chhetri, who struck two sublime strikes in the seventh and the 29th minute, said following the win.

He also reflected on his views on his emotional appeal to fans wherein he urged them to watch and support the team ahead of their comprehensive 3-0 victory over Kenya in their second match of the Intercontinental Cup.

Chhetri insisted that he was happy that the fans understood and came in to support the Indian side. "I wasn't thinking anything. It was something that came to my mind. I am happy that people understood it and I was really happy to get such support," he said.

In the list of active international goal scorers, Chhetri is now standing just behind Portugal forward Cristiano Ronaldo--who is sitting atop with 81 goals in 124 appearances.