Sunil Chhetri reveals he was under so much pressure while playing in Kolkata early in his career that he cried many times and even contemplated quitting football. 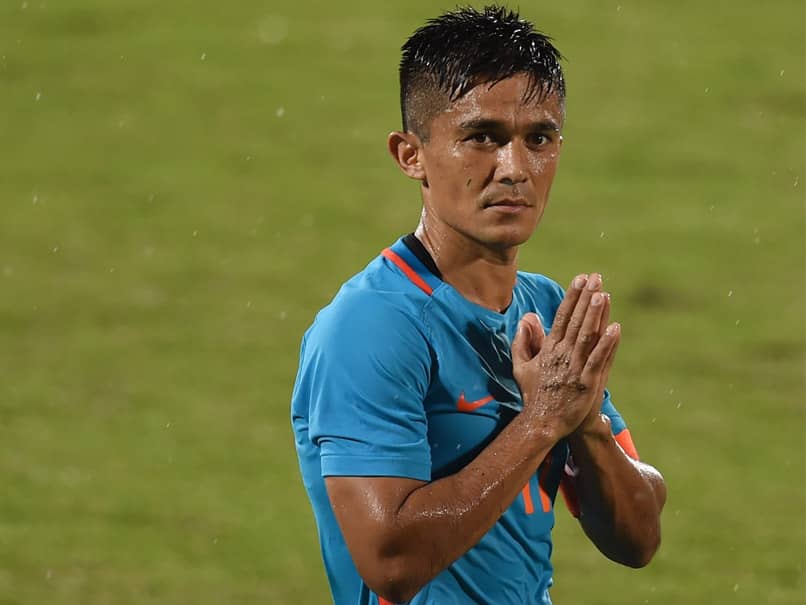 Sunil Chhetri did not quit as his family backed him to the hilt to continue his football career.© AFP

One of India's greatest footballers, Sunil Chhetri reveals he was under so much pressure while playing in Kolkata early in his career that he cried many times and even contemplated quitting the sport. He had to call in his Armyman father for support. Chhetri's first professional contract was with Kolkata giants Mohun Bagan at a tender age of 17. It was a big challenge to overcome for a teenager and he buckled under pressure at times. "The first year was good. I used to get 20 minutes or 30 minutes game time in matches and people used to tag me next Bhaichung Bhutia and what not. But football in Kolkata teaches you very quickly," Chhetri was quoted as saying by indiansuperleague.com.

"The crowd turns hostile when you start losing and there were times I used to cry. Losing is not an option in Kolkata. It's not easy, a lot of players even quit. There were instances which shook me and I even called my father back home once and said that I don't think I should do this."

But Chhetri, now 35, did not quit as his family backed him to the hilt to continue his football career.

"My family supported me a lot and my father flew in to stay with me from time to time. We talked and it made things easier. The story continued and 18 years on, here I am," said Chhetri who was born in Secunderabad where his father was posted at the time.

Chhetri's family later settled in New Delhi. His mother had played for the Nepal national football team and his father was in his battalion team.

"So, getting sports into my system was not difficult. It was natural. I used to play a lot of different sports, now when I look back, I understand that it really helped with my hand-eye coordination," said the striker who holds the Indian record of most number of international matches and goals.

"My biggest competitor was my mum. I used to try to beat her at Chinese checkers, chess, carrom, volleyball, badminton, football, wrestling," said Chhetri, who is the second-highest scorer in the world among active players, next only to Portuguese superstar Cristiano Ronaldo.

Chhetri, who made his international debut in 2005 in a match against Pakistan, said he was lucky to have the likes of Bhutia and Renedy Singh, who shielded him from unnecessary pressure during his early days in the national team.

"There was no comparison whatsoever and thankfully Bhaichung bhai was in my team at that time.

People like Bhaichung, Mahesh Gawli, Deepak Mondal, Renedy Singh, Samir Naik, Surkumar Singh, Climax Lawrence were in the national team back then and they were brilliant.

They guarded me and protected me so much.

"But they never interfered with my freedom. Everyone wanted me to score. And the 70 odd goals that I have scored for the national team came about because of this.

"Since the first time when I played against Pakistan in Pakistan on my debut to now, everyone in the team wants me to score."

India Sunil Chhetri Football
Get the latest updates on India vs Australia Series, check out the India vs Australia Schedule for 2020-21 and Ind vs Aus live score . Like us on Facebook or follow us on Twitter for more sports updates. You can also download the NDTV Cricket app for Android or iOS.