Steven Gerrard Returns to Liverpool But as Academy Coach

Steven Gerrard played for Premier League club Liverpool from 1998 to 2015 also captaining the side later in his career. 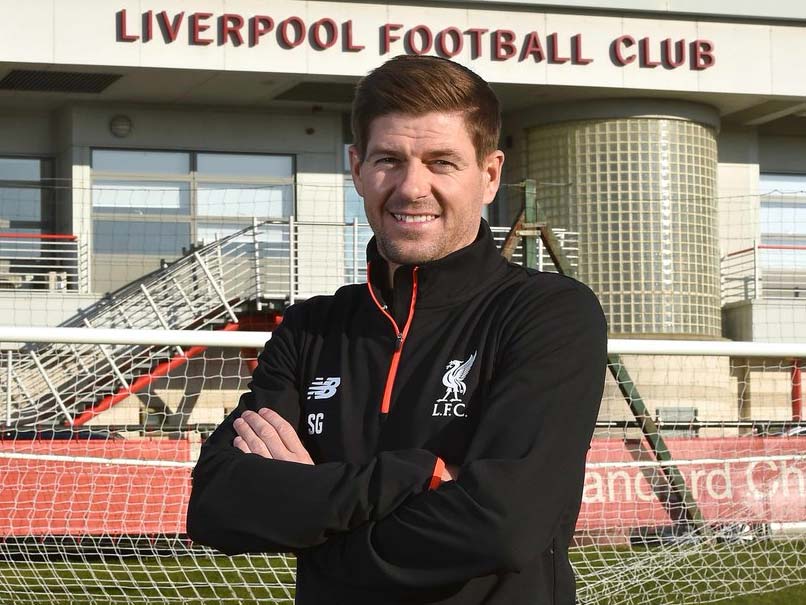 Liverpool legend Steven Gerrard announced on Friday that he will return to the Premier League club next month, only this time as their academy coach. He had been widely tipped to join the Anfield coaching staff following his decision to leave Major League Soccer (MLS) team LA Galaxy after 18 months with the American outfit. The 36-year-old, who made 710 appearances for Liverpool before joining Galaxy in 2015, will take up a full-time role at the Reds' Kirkby youth complex from February.

Merseyside-born Gerrard spent 17 years with Liverpool having graduated from the academy, captaining his hometown team to Champions League glory in 2005 and FA Cup success a year later.

"It feels like completing the circle; returning to the place where professionally it all began. However, this isn't a decision based on emotion - it's about what I can offer and contribute to Liverpool," said Gerrard, who also won the UEFA Cup and three League Cups in his glittering Liverpool career.

"I don't think I need to explain to people what this football club means to me, but when I knew coming back was a serious option I wanted to make sure it was a substantive role and a role in which I could really help the organisation.

"Meeting with (academy director) Alex Inglethorpe, seeing the work they are currently doing and want to do in the future at Kirkby, it just felt right. The right option at the right time, for all parties involved.

"This gives me a great opportunity to learn and develop as a coach, while at the same time offering my knowledge, ideas and experience to the young players at an important period of their development."

Gerrard has been keen to go into coaching since hanging up his boots and Liverpool manager Jurgen Klopp has always appeared open to his returning to Anfield in some capacity.

He's back, and you might want to give this a read: https://t.co/3MQBnxsoeD pic.twitter.com/uvR9ZTIk81

The former England midfielder had been spotted at several matches involving his old club recently and, after turning down the chance to move into management with third tier Milton Keynes Dons in November, Gerrard has opted to start his coaching apprenticeship in familiar surroundings.

"If I was to pick one individual who embodies the characteristics and values we are looking to instil into our organisation at Kirkby it would be Steven Gerrard," he said.

"For him to have been so enthusiastic about being part of what we are looking to do is simply great news for everyone connected to the club.

"I don't think it would surprise anyone to know that Steven has had a host of great options, in terms of what to do next in his career, including playing, management and coaching.

"But it's been evident from the first meeting with him that his heart and head belongs here.

"He has shown great humility in making it clear from the outset he wants a role where he can contribute to Liverpool; it's typical of him that his priority has been defining the role so it helps the club, ahead of himself.

"He has expressed a desire to learn from us and manage a young team. The benefits to us will be immense."

Comments
Topics mentioned in this article
Liverpool Steven Gerrard English Premier League Football
Get the latest updates on India vs South Africa and check out  Schedule, Results and Live Score. Like us on Facebook or follow us on Twitter for more sports updates. You can also download the NDTV Cricket app for Android or iOS.