The 31-year-old made the last of his 102 international appearances in Spain's World Cup last-16 loss to Russia. 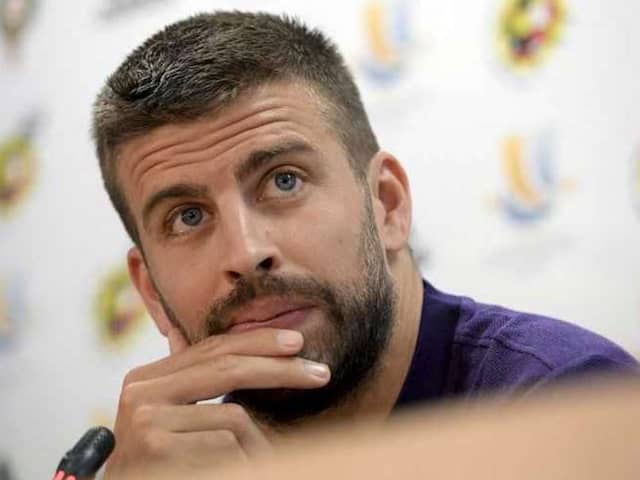 Pique is the latest member of the great World Cup-winning Spanish side to quit the national team.© AFP

Spain centre-back Gerard Pique confirmed that he had ended a glittering international career on Saturday, saying that the appointment of his former Barcelona coach Luis Enrique would not change his mind. The 31-year-old made the last of his 102 international appearances in Spain's World Cup last-16 loss to Russia. Enrique took over as coach after the World Cup last month, which saw Fernando Hierro in temporary charge following the shock sacking of Julen Lopetegui on the eve of the tournament.

"I talked to him (Enrique) a week or two ago. I told him that the decision was already made," Pique said ahead of Sunday's Spanish Super Cup against Sevilla.

Pique is the latest member of the great World Cup-winning Spanish side to quit the national team, following the likes of former Barcelona teammates Xavi Hernandez and Andres Iniesta.

His defensive partnership with Carles Puyol was key to Spain's maiden World Cup title in 2010, while he also won Euro 2012.

"It was a great stage at the Euros and World Cup," added Pique.

"I'm very happy to have participated in all these successes, but now I want to focus on Barca. I have three years left year and the more the better."

Gerard Pique Football
Get the latest Cricket news, check out the India cricket schedule, Cricket live score . Like us on Facebook or follow us on Twitter for more sports updates. You can also download the NDTV Cricket app for Android or iOS.