Iniesta, who lifted 32 major trophies and made 674 appearances for Barcelona, looked on quizzically during the first half, stroking his chin as his new team mates failed to make headway. 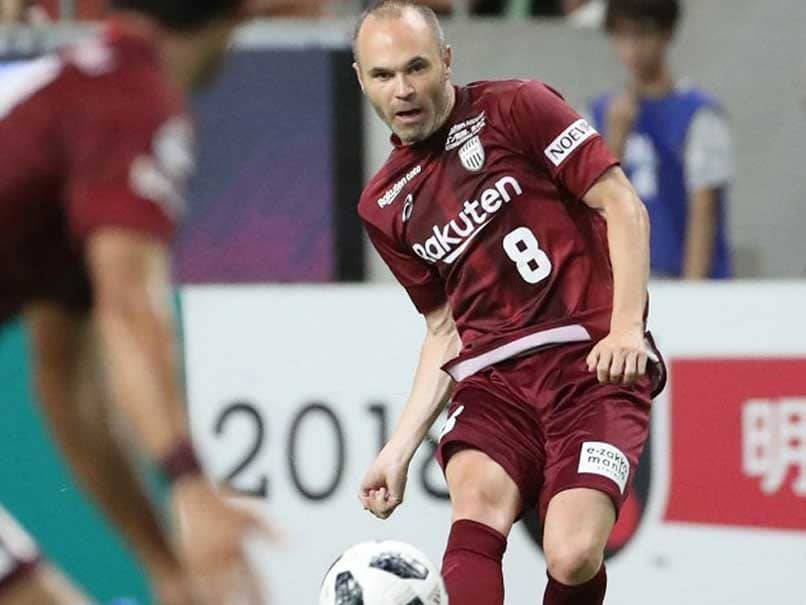 Spanish legend Andres Iniesta's Japanese debut ended on a flat note Sunday as Vissel Kobe crashed to an embarrassing 3-0 home defeat by J-League strugglers Shonan Bellmare. The former Barcelona playmaker came off the bench after 58 minutes with Kobe already trailing by two goals and, despite one or two trademark flicks, was unable to inspire a comeback in front of a crowd of 26,000. Expectant fans, many of them clutching Spain flags, were disappointed to learn that Iniesta had been named among the substitutes for his first game since joining Kobe in the summer.

The 34-year-old's first touch was a silky turn on the halfway line, releasing team mate Takuya Yasui, who promptly gave the ball straight to an opponent, underlining the gulf in class between the J-League and La Liga.

Visiting Bellmare, who began the day two spots above the relegation zone, had clearly not read the script as goals from Keisuke Saka and Mitsuki Saito gave them a two-goal lead.

Iniesta, who has reportedly signed a three-year deal on a J-League record annual salary of $30 million, watched helplessly as Bellmare went 3-0 up thanks to a Shunsuke Kikuchi tap-in 10 minutes after he joined the fray.

The former World Cup winner had fans off their seats two minutes from time when he blazed a left-foot volley wide, but ultimately there was little he could do to prevent Kobe slipping to their sixth J-League defeat of the season.

Kobe, who kicked off in fifth place, could at least point to the silver lining that Iniesta's arrival has already proven a commercial success.

Analysts have predicted the Spanish maestro has generated over $100 million in tickets sales and merchandising revenue, local media reported.

Iniesta, who lifted 32 major trophies and made 674 appearances for Barcelona, looked on quizzically during the first half, stroking his chin as his new team mates failed to make headway.

The midfielder, who joined Vissel after turning down an offer to move to China, produced several cute touches after coming on but cut a forlorn figure as he trudged off the pitch after the final whistle.

It also comes as a timely boost to the J-League, which used to attract luminaries such as Brazilian great Zico and former England striker Gary Lineker when it began in 1993 but has struggled to attract big-name players in recent years.

While set to provide a lift to Japanese football, Iniesta's J-League move has been greeted with mixed reaction online, with one wag on Twitter likening it to Bruno Mars joining a Japanese teeny-bopper band.

Andres Iniesta Football
Get the latest updates on India vs Australia Series, check out the India vs Australia Schedule for 2020-21 and Ind vs Aus live score . Like us on Facebook or follow us on Twitter for more sports updates. You can also download the NDTV Cricket app for Android or iOS.