Leading by Nathan Redmond's goal from the first leg two weeks ago, Claude Puel's side showed great resolve to survive a barrage of second-half pressure at Anfield before securing their 2-0 aggregate triumph when Shane Long struck late on. 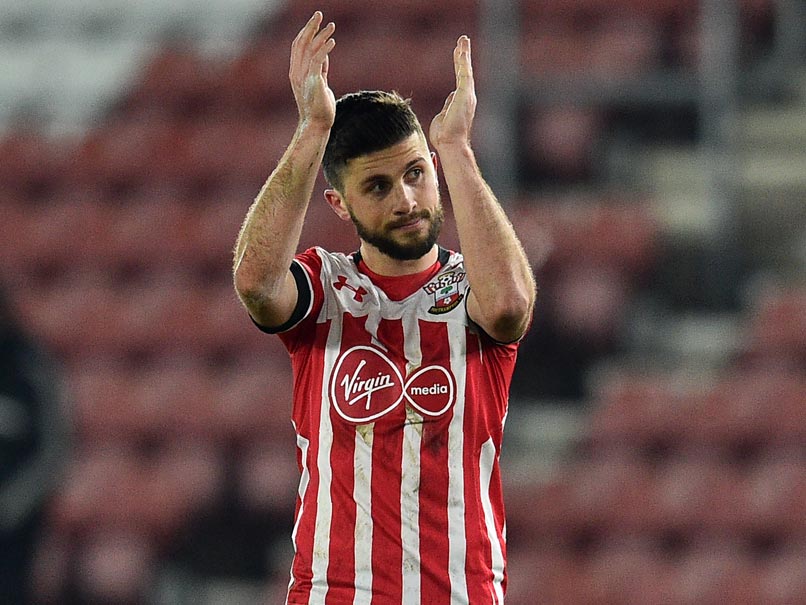 Shane Long struck late on to hand Southampton the win over Liverpool.© AFP

Southampton reached the League Cup final for the first time since 1979 as Shane Long grabbed the goal that sealed a memorable 1-0 victory over Liverpool in the semi-final second leg on Wednesday.

Leading by Nathan Redmond's goal from the first leg two weeks ago, Claude Puel's side showed great resolve to survive a barrage of second-half pressure at Anfield before securing their 2-0 aggregate triumph when Long struck late on.

The visitors spurned three good chances to extend their aggregate lead in the first half, but were grateful Liverpool striker Daniel Sturridge missed two excellent opportunities after the interval.

Saints will face Manchester United or Hull at Wembley on February 26 as they bid to win the competition for the first time.

United are their likely opponents as they hold a 2-0 lead heading into the second leg at Hull on Thursday.

Southampton arrived at Anfield without their reliable centre-back Virgil van Dijk, ruled out with the ankle injury he sustained during Sunday's win over Leicester.

In Van Dijk''s absence, Jack Stephens made only his fourth start for the club and, having begun nervously by miscuing a back pass out for a corner, he grew in confidence, making a timely interception to prevent a Trent Alexander-Arnold cross from reaching Roberto Firmino.

Liverpool defender Joel Matip, his eligibility dispute with FIFA resolved, started a game for the first time since December 11, but the Cameroon international looked very shaky.

In the first half, Liverpool laboured as Southampton defended solidly and even when chances came the hosts couldn't convert them.

Ryan Bertrand was caught in possession by Adam Lallana and that allowed Philippe Coutinho to set Sturridge for a shot that rolled straight to Saints goalkeeper Fraser Forster.

Then Roberto Firmino cut in from the right to test the goalkeeper once more, but it was another routine save for Forster.

Southampton coped with Liverpool's early attempts to cut through them, then sought a counter punch.

They almost found it on the half-hour mark, as Redmond's burst down the left ended with a cross that was only half-cleared towards the advancing Steven Davis, whose shot would have nestled in the corner of the net but for James Milner's fine block.

Redmond's threat down the left surfaced again moments later, as a surging run ended with a square pass towards an unmarked Dusan Tadic, who just had to check to get to the ball, and was unable to get the power into his shot to slide it beneath the advancing Loris Karius.

Liverpool, beaten in last year's final by Manchester City, were caught out once more down that flank by Redmond before half-time, with Davis this time blasting a shot high into the Kop.

From the other side, Redmond played a short corner that James Ward-Prowse rolled just wide from outside the penalty area.

Yet all of Southampton's solid first-half work was almost undone eight minutes after the interval, when Forster misfielded Emre Can's long-range effort in the wind, and scrambled back just in time to flap the ball away as it bounced towards the goal.

Sturridge then hooked over the bar from six yards after Can had guided a Coutinho delivery back across goal, before steering Jordan Henderson's ball beyond the near post.

The home fans were convinced their team should have had a penalty with seven minutes left, but Long survived a loud appeal for handball as he helped defend a corner.

Long then popped up at the other end in stoppage-time to thump in fellow substitute Josh Sims' pass and secure Southampton's place at Wembley.

Comments
Topics mentioned in this article
Liverpool Southampton Football Shane Long
Get the latest updates on IPL Auction 2023 and check out  IPL 2023 and Live Cricket Score. Like us on Facebook or follow us on Twitter for more sports updates. You can also download the NDTV Cricket app for Android or iOS.