Serie A: Juventus have won just four of their last nine league games and need a win against Inter Milan to have any chance of elite football. 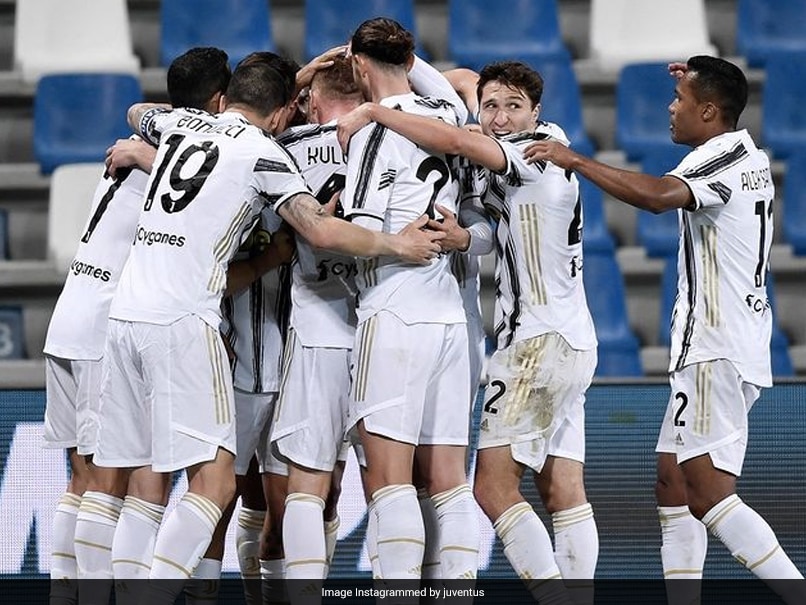 Serie A: Juventus will be aiming for a win vs Inter Milan.© Instagram

Juventus coach Andrea Pirlo warned his side were "alive and kicking" as they take on Inter Milan for Champions League survival on Saturday. Antonio Conte's Inter have already wrapped up the Serie A title but the battle behind for a top-four finish that would secure elite European football next season is tight. Just three points separate second-placed Atalanta and Juventus in fifth with two games left to play. Atalanta and AC Milan are equal on 75 points, followed by fourth-placed Napoli on 73 and Juventus on 72.

The Champions League spots could be decided this weekend.

If Atalanta and Milan win, both will have booked their spots as they have a better head-to-head record with Juve.

Juve have won just four of their last nine league games and need a win against Inter to have any chance of elite football.

"We've caused problems for ourselves lately, now we'll go all out in our remaining matches," said Pirlo.

If Juventus fail to win and Napoli get all three points at 13th-placed Fiorentina, the Turin side will be destined to play Europa League football next season.

"We're still alive and kicking. It won't be easy but we'll keep fighting till the end," added Pirlo with an Italian Cup final against Atalanta next Wednesday.

Juventus lost 2-0 to Inter at the San Siro earlier this season, with Conte's side currently on a 20-match unbeaten run.

Pirlo will be counting on Serie A top scorer Cristiano Ronaldo, and Paulo Dybala, who brought their tally to 100 goals for the club in a win over Sassuolo during the week.

"The only thing we're thinking about now is qualifying for the Champions League," said French midfielder Adrien Rabiot with Juve's final game at Bologna.

"We're a bit tired but we have to keep pulling out all the stops in the last two games and keep trying till the end."

Atalanta travel to 14th-placed Genoa with AC Milan at home against relegation-threatened Cagliari after their seven-goal midweek win over Torino.

The Bergamo side host Milan in their final match of the season.

"We have to find them at Genoa."

Milan are without injured striker Zlatan Ibrahimovic but shook off his absence with their Torino rout after a 3-0 win over Juventus and have not conceded a goal in their last three games.

"Two weeks ago they gave us all up for half dead, now we have our fate in our hands.

"We are 3km from the summit, until you finish anything can happen on the way up."

At the bottom of the table four teams can still take the final relegation spot.

Benevento, currently occupying the position, can pick up points against already-relegated Crotone.

Torino and Spezia, both four points ahead of Benevento, go head-to-head in a direct clash for top flight survival.

Inter Milan Football
Get the latest updates on IPL 2021, check out the IPL 2021 Schedule and Indian Premier League Live Score . Like us on Facebook or follow us on Twitter for more sports updates. You can also download the NDTV Cricket app for Android or iOS.