Juventus battled to a 1-1 stalemate at lowly Lecce, but the defending champions still stay top in Serie A as nearest rivals Inter Milan drew 2-2 with Parma. 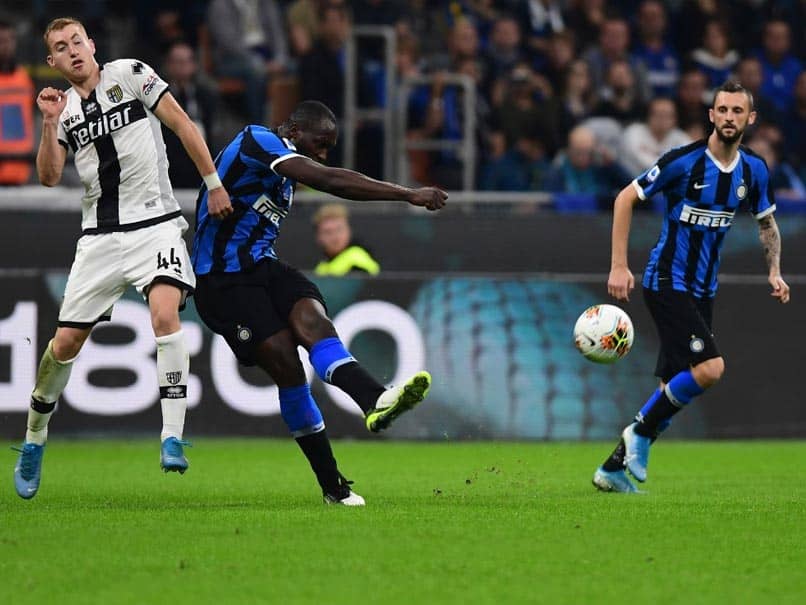 Serie A: Inter Milan remained 2nd after being held to a 2-2 draw by Parma.© AFP

Cristiano Ronaldo stayed at home as Juventus battled to a 1-1 stalemate at lowly Lecce on Saturday, but the defending champions still stay top in Serie A as nearest rivals Inter Milan drew 2-2 with Parma. Both goals in Lecce came from penalties with Paulo Dybala's strike from the spot after 50 minutes cancelled out by Marco Mancosu's six minutes later as the promoted southerners grabbed their first point at home this season. Unbeaten Juventus have 23 points from nine games, one more than Antonio Conte's Inter, who let the champions off the hook to stay second.

Ronaldo, 34, did not make the trip to the heel of Italy after Tuesday's 2-1 Champions League win over Lokomotiv Moscow, and ahead of two Serie A matches in four days next week, and a reverse fixture against the Russians on November 6.

"Ronaldo was tired both physically and mentally, so it would not have helped to make this journey," said Juventus coach Maurizio Sarri.

"When a player expresses his fatigue, it's only right to give him a rest.

"Even without him we created ten chances on goal, but weren't able to finish them off. We let ourselves be drawn into a dirty game."

It was a bruising encounter in Puglia.

Argentina forward Gonzalo Higuain suffered a nasty knock to his forehead late in the game after colliding with Lecce's Brazilian goalkeeper Gabriel.

The 31-year-old sat down on the pitch after the game suffering from dizziness and was stretchered off, later receiving stitches to his forehead.

Dybala, who scored both goals against the Russians last Wednesday, started up front alongside Higuain, with Federico Bernardeschi slotting in just behind the Argentine strike duo.

Sarri rang the changes giving starts to Emre Can and Danilo with Blaise Matuidi and Juan Cuadrado both named on the bench.

Higuain looked as if he had scored the opener after a quarter of an hour, finishing off Alex Sandro's cross, but the goal was ruled out for offside.

Dybala put Juventus ahead five minutes into the second half with his sixth goal in five games.

But captain Mancosu pulled his side back level from the spot six minutes later after a Matthijs De Ligt handball.

"We needed to be a bit more determined and clinical after we scored," said Sarri.

"I didn't like the way we played after taking the lead -– we sat back too much."

Antonio Candreva added to his European goal last week with his deflected shot putting the hosts ahead after 23 minutes in front of a crowd of 67,000 in the San Siro.

But Parma were ahead seven minutes later when on-loan forward Yann Karamoh equalised and then set up Gervinho for a second on the half hour mark against his parent club.

Romelu Lukaku grabbed a point for Inter after 51 minutes with the goal, his sixth in nine games, confirmed after long consultation with VAR.

Inter coach Conte said he was concerned by his lack of back-up with key players including forward Alexis Sanchez and midfielder Stefano Sensi out injured.

"This was our third match in six days and practically the same players have taken to the pitch," said the former Chelsea and Juventus boss.

"I'm a little worried, as there are another four games before the next break.

"We're going through a period where we're unable to make changes and there's therefore an increased risk of injuries."

Thiago Motta got off to a winning start as Genoa coach with a come-from-behind 3-1 win over Brescia in a match where all of his team's goals came from second-half substitutes, a first in Serie A history.

Colombian Kevin Agudelo pulled the westerners level after 66 minutes on his Serie A debut. Christian Kouame acrobatically added a second on 75 minutes and Goran Pandev, who previously played alongside Motta at Inter Milan, adding the third four minutes later.

Former Italy international Motta played for a season with Genoa a decade ago, but his only previous coaching experience was with PSG's U19 team, which he managed until July.

Genoa move out of the relegation zone after their second win of the season and first since September 1.