Serie A: Inter Milan held on for the three points to give themselves a cushion going into Monday's league game against fourth-placed Atalanta. 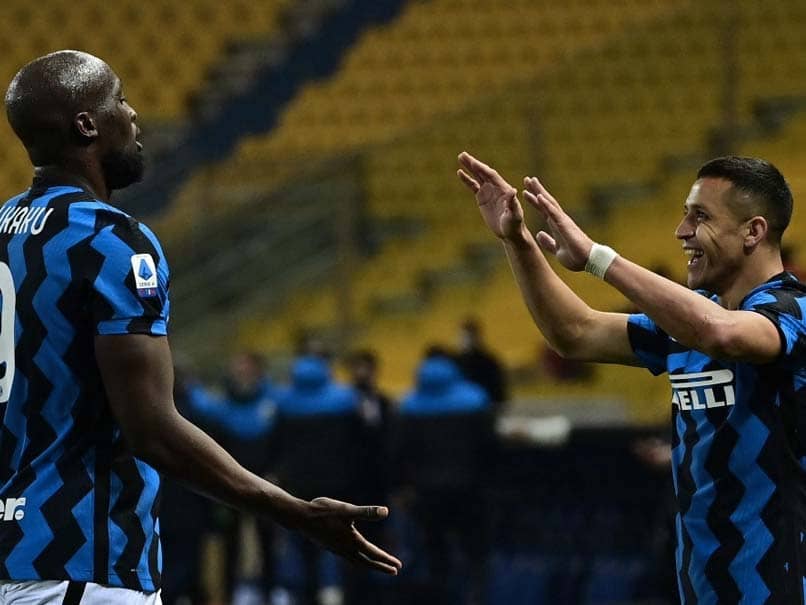 Alexis Sanchez struck twice in the second half for his first brace in the Inter Milan jersey as his side moved six points clear at the top of Serie A with a 2-1 win over Parma on Thursday. Romelu Lukaku had a role in both the goals by his former Manchester United teammate to give Antonio Conte's side a sixth consecutive league win. Inter pull clear of second-placed Milan who were held 1-1 against Udinese on Wednesday with champions Juventus a further four points adrift with a game in hand. "The improvement over last year is obvious, but there are 13 games left and in Serie A each is a battle," warned Conte.

Chilean Sanchez started up front in place of Lautaro Martinez to lead the Inter attack alongside Lukaku.

"I think I'm a very democratic coach, in the sense that I don't give anything to anyone," continued Conte who led Inter to second place in Serie A in his first season in charge last year.

"There is a team and the individual comes later.

"(Sanchez) is in the best condition we've ever seen him," continued Conte. "And now Romelu and Lautaro know that Sanchez is right behind them too.

"I'm happy because my kids are showing great application and resilience."

Both sides had their chances in the first half at the Stadio Ennio Tardini.

Christian Eriksen missed the chance to tap in for Inter in front of an open goal after half an hour following good work from Achraf Hakimi.

At the other end of the pitch Samir Handanovic did well to keep out a close range Jasmin Kurtic header with Dennis Man also nodding wide.

Sanchez struck for the second consecutive league game nine minutes after the break.

Lukaku chested down a Marcelo Brozovic through ball with a back-heel towards goal which a racing Sanchez picked up to blast past Sepe.

Eight minutes later the Chilean got the second, finishing off a Lukaku cross for the former Manchester United player's first brace since joining Inter last season.

It was his third goal in two consecutive games to bring his tally to five this season, one more than his first season.

Brazilian Hernani pulled one back for Parma in the 71st minute, connecting with a Giuseppe Pezzella cross to volley in past Handanovic.

Inter held on for the three points to give themselves a cushion going into Monday's league game against fourth-placed Atalanta.

"I'm like a lion that always wants to play but I make my experience available to the coach," said Sanchez who has scored five goals this campaign, one more than last season.

"We have to fight for the Scudetto," added Sanchez as Inter target their first title since 2010 having finished second last season.

"The players have grown a lot, since we lost the Europa League final we have improved a lot.

"We are overcoming those steps that Inter were missing."

Parma are second from bottom of the table extending their winless run to 16 consecutive league games.

Romelu Lukaku Alexis Sánchez Football
Get the latest updates on IPL 2021, IPL Points Table , IPL Schedule 2021 , live score . Like us on Facebook or follow us on Twitter for more sports updates. You can also download the NDTV Cricket app for Android or iOS.