Real Madrid president Florentino Perez confirmed that the club will not play any of their remaining La Liga home matches at the Santiago Bernabeu. 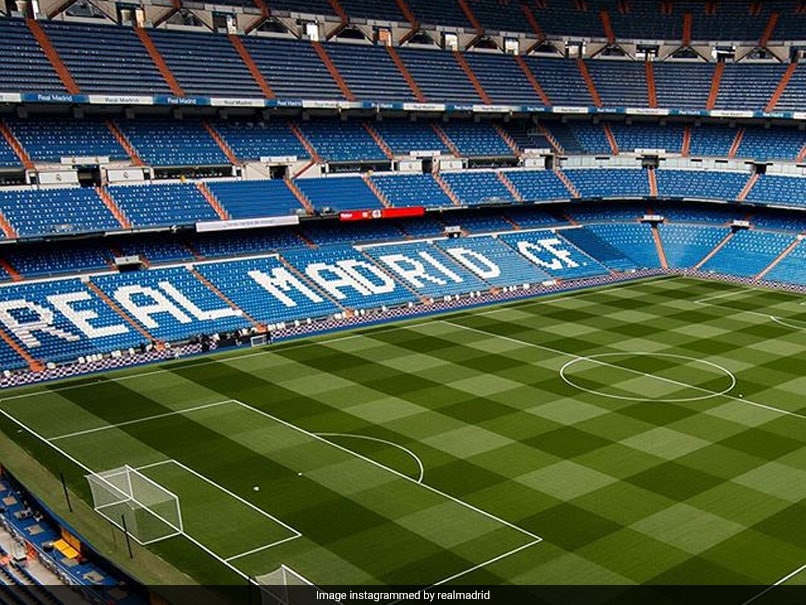 Real Madrid will host their games at their training venue.© Twitter

As La Liga inches closer to return, Real Madrid president Florentino Perez confirmed that the club will not play any of their remaining La Liga home matches at the Santiago Bernabeu. Real Madrid will host their games at their training venue - the Alfredo Di Stefano Stadium at Valdebebas. "We have made the decision to play in the Alfredo Di Stefano stadium in our Ciudad Real Madrid all the games in which we will play as the home team," Goal.com quoted Perez as saying in a letter to club''s supporters.

"This decision will allow us to advance in the works of the Santiago Bernabeu stadium," he added.

The decision to host games at Alfredo Di Stefano stadium has been taken so that renovations could be completed at the Santiago Bernabeu ahead of schedule. Some of the renovations on the stadium include the installation of a retractable roof, while a removable pitch will be kept so the arena can be used for other events such as concerts.

La Liga on Monday announced the dates for the remaining matchdays of the 2019-2020 season with the first match set to be played between Sevilla and Real Betis on June 11.

Real Madrid will return to action on June 14 to compete against Eibar while the top-placed club Barcelona will resume the season on June 13 when they will take on Real Mallorca.

Real Madrid Football
Get the latest updates on Fifa Worldcup 2022 and check out  Fifa World Cup Schedule, Stats and Live Cricket Score. Like us on Facebook or follow us on Twitter for more sports updates. You can also download the NDTV Cricket app for Android or iOS.