Marcelo has played 18 matches for Real Madrid this season, of which 10 have come in La Liga. 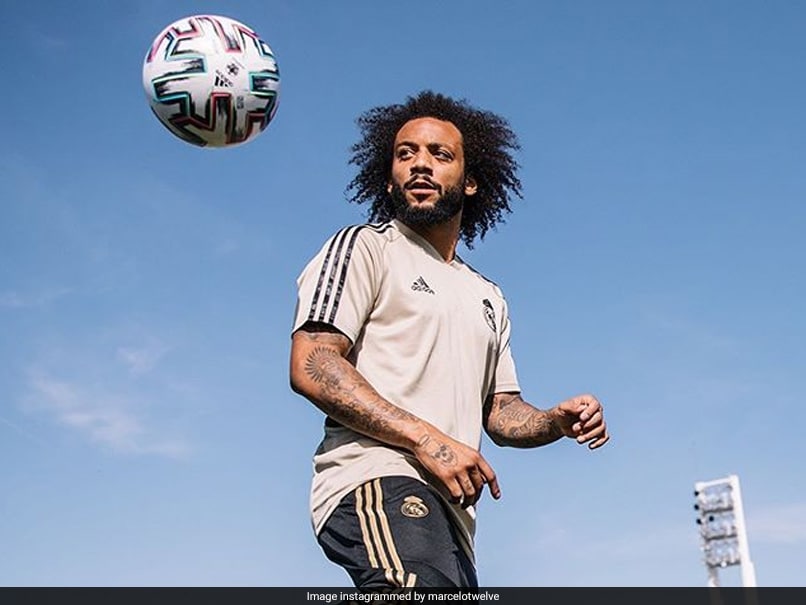 Marcelo has played 18 matches for Real Madrid this season, of which 10 have been in La Liga.© Instagram

Real Madrid star Marcelo has said that he cannot wait for the resumption of Spain's top-flight football competition, La Liga. La Liga has been suspended since March due to the coronavirus pandemic, but the league is set to return on June 11 with the derby between Sevilla and Real Betis, Goal.com reported. "We had never gone so long without being able to train out on the pitch and our desire to play football has been growing ever since we stopped. Now we're close to getting going again and we can't wait," official website of Real Madrid quoted Marcelo as saying.

"It's been different to what we're used to. We have to take the positives from it and now we're used to the routine; it's not like it used to be but everything's good. We're all healthy, the training sessions have been fantastic in recovering our rhythm. Having not touched a ball for so long, when you go back out on the pitch you've lost your touch a bit, but now we just can't wait to start playing games," he added.

On Friday, Spain's Higher Council of Sport (CSD) also announced that it had agreed the resumption plans with the Royal Spanish Football Federation (RFEF) and La Liga.

Before the suspension of La Liga, Real Madrid was placed at the second spot, just two points behind table toppers Barcelona.

Marcelo has played 18 matches for Real Madrid this season, and 10 of those have come in La Liga.

Premier League has also put aside June 17as the possible restart date.

Real Madrid Marcelo Football
Get the latest updates on ICC T20 Worldcup 2022, check out the Schedule and Live Score. Like us on Facebook or follow us on Twitter for more sports updates. You can also download the NDTV Cricket app for Android or iOS.