La Liga clubs returned to full training for the first time in almost three months, stepping up preparations ahead of the season restarting on June 11. 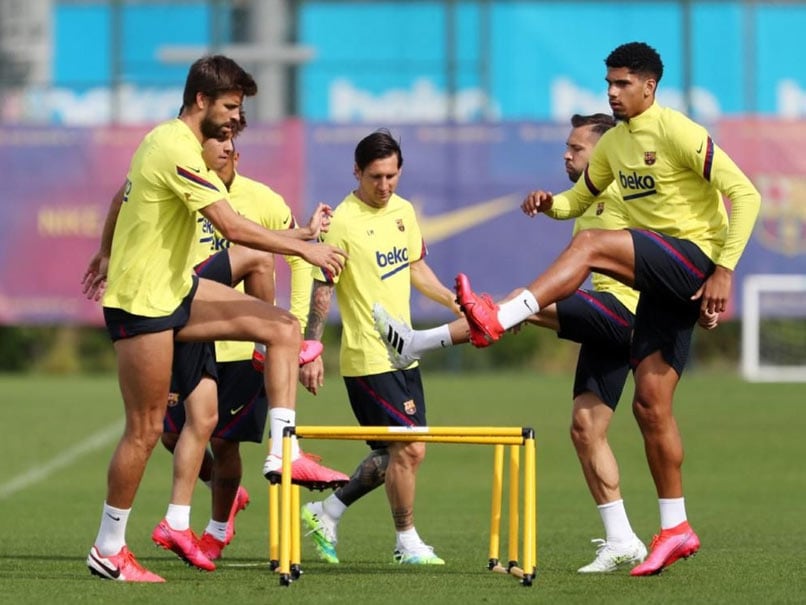 Current league leaders Barcelona will play away at Real Mallorca on June 13.© AFP

La Liga clubs returned to full trainingon Monday for the first time in almost three months as Real Madridand Barcelona stepped up preparations ahead of the season restarting on June 11. It has been 82 days since the Spanish top-flight suspended fixtures due to the coronavirus pandemic and teams will have only 10 days training all together before competitive games resume.

A staggered programme allowed players to return to training grounds for individual work on May 4 before clubs were given permission to train in groups of up to 10 on May 18 and then 14 a few days later.

Barcelona and Madrid were among those to begin full sessions on Monday as the two rivals get set to renew their title tussle, which has Barca sitting two points clear at the top of the table with 11 games left to play.

Zinedine Zidane oversaw Real's session, in which "the players completed a very physical first part and continued with individual and group exercises with the ball and goals," said a statement by the club.

La Liga announced the fixture list on Sundayfor the first two rounds back, starting with Sevilla against Real Betis in the Seville derby on Thursday, June 11.

Barcelona play away at Real Mallorca on Saturday, June 13 before Madrid host Eibar on Sunday, June 14.

La Liga's plan is for games to take place every day across five weeks, with the season ending on July 19.