Real Madrid right-back Dani Carvajal suffered a fourth injury of the season in the weekend's win over Valencia, the Spanish club said on Monday. 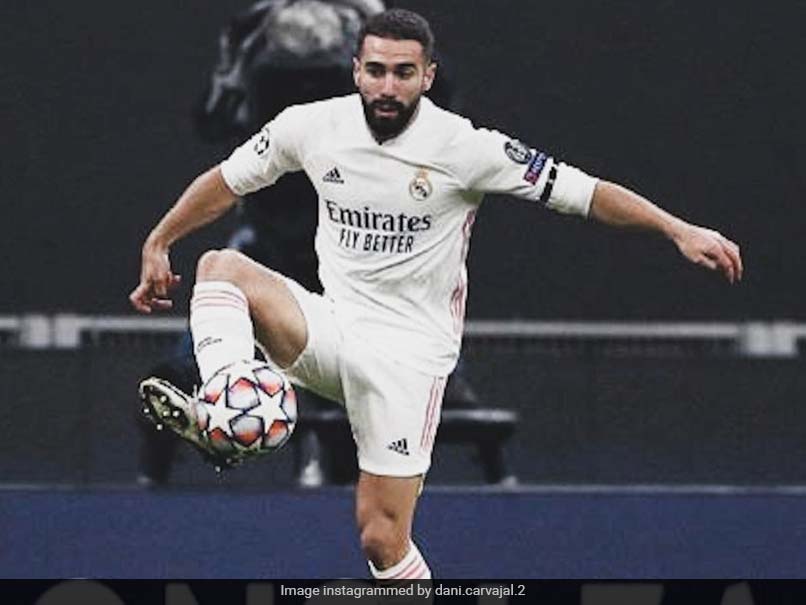 Dani Carvajal left the field after 25 minutes at the Estadio Alfredo Di Stefano on Sunday.© Instagram

Spain right-back Dani Carvajal suffered a fourth injury of the season in the weekend's win over Valencia, his club Real Madridsaid on Monday. Carvajal, 29, was making his return from another leg problem but the Spanish giants did not disclose the length of his unavailability with local reports claiming he will be out for around two months.

"Following tests carried out on our player, Dani Carvajal, by the Real Madrid Medical Services, he has been diagnosed with a muscle injury in his right thigh affecting the tendon," they said.

"His recovery will continue to be assessed," they added.

Carvajal left the field after 25 minutes at the Estadio Alfredo Di Stefano on Sunday. He has also sustained knee ligament damage this season.

"I don't understand. It's true that it's a lot of injuries. I'm worried and I'm sorry for Carva," Zidane said following the weekend's game.

Spain
Get the latest updates on India vs South Africa and check out  Schedule, Results and Live Score. Like us on Facebook or follow us on Twitter for more sports updates. You can also download the NDTV Cricket app for Android or iOS.