Real Madrid registered a 2-1 win over Granada and the win puts them a win away from being crowned La Liga champions. 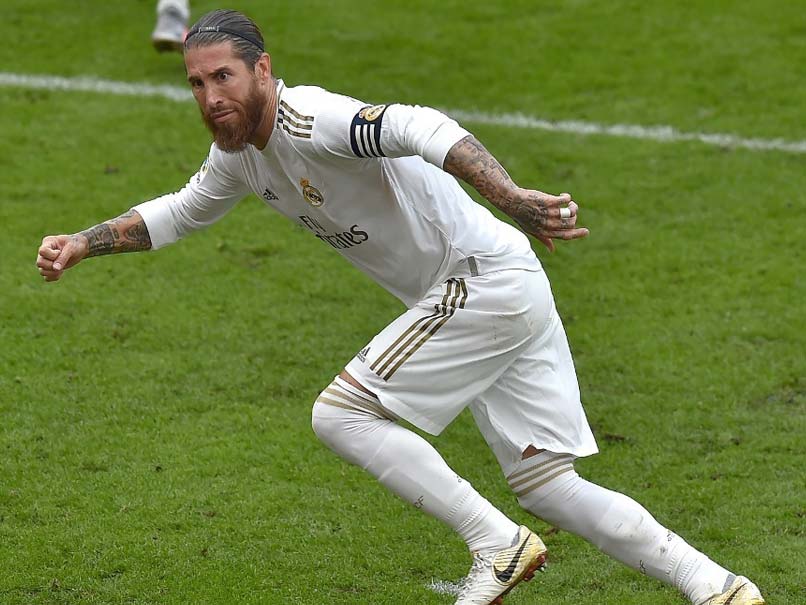 Sergio Ramos said Real Madrid should not let up as there are still points to play for.© AFP

After securing a win over Granada, Real Madrid's Sergio Ramos stressed that they have not "won anything yet" and the club must "retain that hunger to win La Liga". Real Madrid registered a 2-1 win over Granada on Monday and this victory puts them one win away from being crowned champions of the competition. "We can't let up, we haven't won anything yet and we've got to retain that hunger to win La Liga. We're now a step closer, but there are still points to play for," the club's official website quoted Ramos as saying.

"Our destiny is in our own hands against Villarreal and we're going to try and win all of our remaining games, which was our target. Let's hope that we can celebrate winning this La Liga title. The team really deserves to be up there and the results speak for themselves," he added.

Real Madrid scored both the goals in the first half, taking a two-goal lead. In the second half, Granada managed to cut the deficit but failed to level the scores after that. Following the win, Real Madrid has gained a four-point lead over the second-placed club Barcelona.

Seeking further improvement in the game, Ramos said that his side must retain ''focus up for the 90 minutes''.

"You unconsciously make the mistake of letting your guard down and the intensity wanes after being in front and instead of going in search of that third goal, we perhaps settled for the result and if you don't retain your focus up for the 90 minutes, you won't beat anyone," he said.

"We have to use this to make us think and continue to learn for the future. Although we got the win, there are errors that you simply can't make, like ending up conceding after having gone so many games without doing so," Ramos added.