Luka Jovic of Real Madrid could face a six-month sentence for breaching mandatory COVID-19 isolation protocols upon his return from Madrid to Serbia. 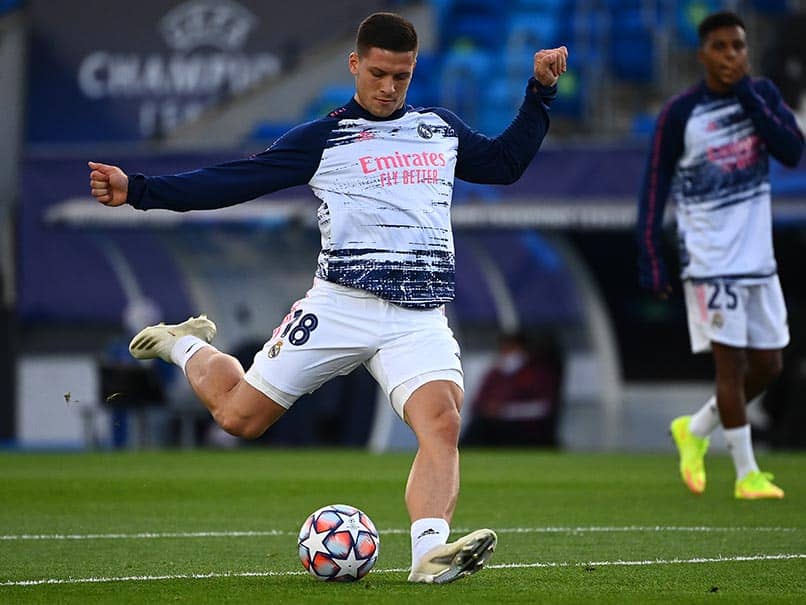 Luka Jovic allegedly left his place of residenc in Serbia after coming from a country of high contagion.© AFP

Real Madrid striker Luka Jovic could face a six-month prison sentence in his native Serbia for allegedly breaching mandatory coronavirus self-isolation measures, state prosecutors said in a statement Friday. In March, the Spanish team allowed the striker to leave Madrid in order to spend time with his young family, but local media reported that the 23-year old was seen walking around Belgrade and enjoying drinks with fellow footballers. Serbian prosecutors are asking the court for the sentence for "leaving place of residence" even though he came from a "country with high virus transmission".

Under the regulations at the time, he was required to self-isolate for two weeks.

Prosecutors are bringing the Jovic's case to court after he refused to pay GBP 30,000 ($35,556) for humanitarian purposes, a sum they had suggested as a compensation in order to have the charges dropped.

At the time, Serbian Prime Minister Ana Brnabic lashed out at "footballers that come from abroad" for setting a bad example, as the Balkan country was in its first week since declaring a state of emergency to combat the virus.

"They are on multi-million contracts, and they come here and don't self-isolate. It is something that authorities will deal with," Brnabic said.

The Serbia forward claimed that he tested negative both in Spain and after his arrival in Serbia, adding that he hadn't been given "clear instructions how to behave in self-isolation".

Jovic moved to Real for 60 million euros (today $70 million) in the summer of 2019 but has failed to establish himself in Zinedine Zidane's team.

Real Madrid Luka Jovic Football
Get the latest updates on India vs Australia Series, check out the India vs Australia Schedule for 2020-21 and Ind vs Aus live score . Like us on Facebook or follow us on Twitter for more sports updates. You can also download the NDTV Cricket app for Android or iOS.