German-born Ghanaian Kevin-Prince Boateng claimed in a newspaper interview on Friday that being targeted with racist abuse from some fans almost prompted his departure from Italy. 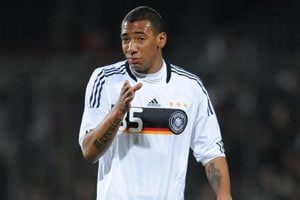 German-born Ghanaian Kevin-Prince Boateng claimed in a newspaper interview on Friday that being targeted with racist abuse from some fans almost prompted his departure from Italy.

Boateng, a forward with AC Milan, hit the international headlines in January when he led his team off the pitch during a friendly with third division side Pro Patria after being targeted with racist 'bu-bu' chants from a handful of fans.

The incident brought the thorny issue of racism in Italian football grounds back into the spotlight and prompted a number of clubs to declare anti-racism drives.

Boateng, however, was subjected to the same kind of racism by a dozen or so fans last week when Milan were in Turin to play Juventus.

It occurred before the start of the game and, with over 45,000 people in the ground, he simply made gestures to small sections of the crowd in a bid to stem the abuse.

But he told La Gazzetta dello Sport on Friday: "I'm really sad to see and hear what is still going on. But I can't and I won't leave because of a handful of idiots."

Juventus were fined 30,000 euros by league bosses last week for the latest incident, a fine which the club accepted amid claims it was doing its best to weed out the abusers.

Boateng added: "It's not up to me to say what punishments should be dealt out, the important thing is that the issue is taken seriously and tackled efficiently."

Comments
Topics mentioned in this article
Football Sepp Blatter AC Milan Kevin-Prince Boateng
Get the latest Cricket news, check out the India cricket schedule, Cricket live score . Like us on Facebook or follow us on Twitter for more sports updates. You can also download the NDTV Cricket app for Android or iOS.