Anthony featured and scored his first I-League goal for Sporting Clube back in the 2009-10 season when they were relegated. Anthony continued to be a part of the side that fought back and earned promotion from Division-2 in 2011. 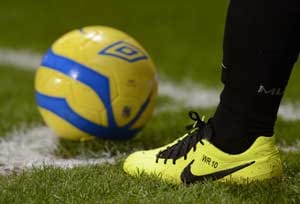 Pune FC on Monday signed left winger Anthony D'Souza from Salgaocar to bolster their lineup for the upcoming season.

Known for his skill and knack for goals, Siolim-based Anthony joined Pune FC having spent last season at Salgaocar FC where he lit up the 2012 Federation Cup, scoring in each of the three group games in Jamshedpur.

As a result he ended up being the top scoring Indian Indian in the group-stage.

"It's a new challenge and I am ready for it. Honestly, I have never been out of the state (Goa) to play. The challenge that I mean is about coping with the job on hand. I am ready to work hard. My parents support me with this and I am sure I will live up to the expectations," Anthony said.

Before plying his trade at Salgaocar last season, Anthony was a regular and key member of the Sporting Clube de Goa squad given his assists, dribbling and a constant goal-scoring threat.

The medio logged five goals in the 2011-12 season, which included two braces leading him to become the third top scoring Indian midfielder of that season behind fellow left wingers Clifford Miranda and Lalrindika Ralte.

Anthony featured and scored his first I-League goal for Sporting Clube back in the 2009-10 season when they were relegated. Anthony continued to be a part of the side that fought back and earned promotion from Division-2 in 2011.

Pune FC Head Operations, Chirag Tanna, said: "We have been tracking Anthony for a couple of years now and we are delighted to have signed him. I am certain that he will play an important role for us in the 2013-14 season.

Comments
Topics mentioned in this article
Football Blackburn Rovers
Get the latest updates on India vs South Africa and check out  Schedule, Results and Live Score. Like us on Facebook or follow us on Twitter for more sports updates. You can also download the NDTV Cricket app for Android or iOS.