Tottenham Spurs manager Jose Mourinho said he "believes" and is even "convinced" that Dele Alli will be at the club after transfer window closes. 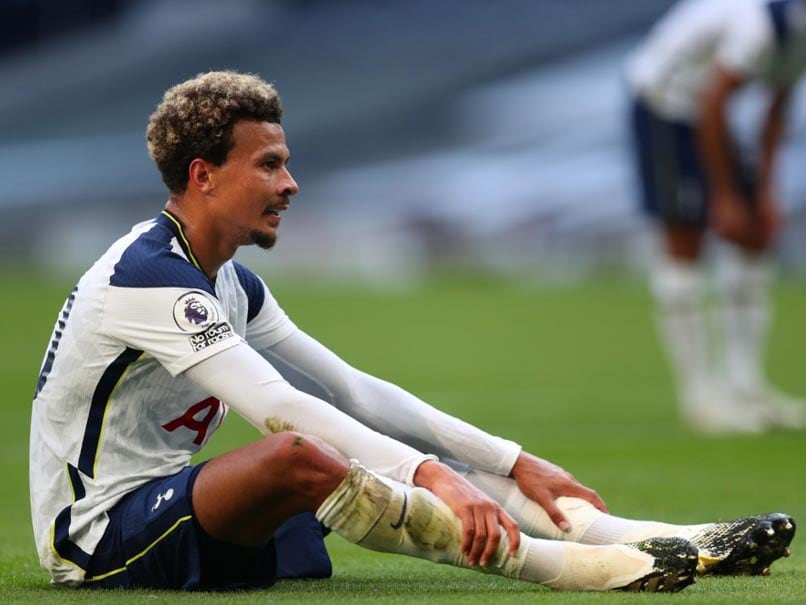 Dele Alli lost his England place and under pressure at Spurs following the arrival of Gareth Bale.© AFP

Jose Mourinho said he was "convinced" midfielder Dele Alli will still be at Tottenham when the transfer window closes next month, challenging the England international to prove his worth. The midfielder, who has been left out of the past two games, has been linked with a loan move to Paris Saint-Germain in recent days. But he will travel to North Macedonia for Thursday's Europa League third-round qualifying clash against Shkendija. When asked if he expected Alli to stay, Mourinho told Sky Sports on Wednesday: "I believe, I can even say I am convinced, that he will be."

The Portuguese added in a press conference previewing the game: "I always told (you) that he will have his opportunities, that (there's) no problem at all to have him and, like every other player, performances are very important.

Alli has struggled for consistency over the past two years. He has lost his England place and is under even greater pressure at Spurs following the arrival of Gareth Bale on loan from Real Madrid.

Bale, when he is fit, will potentially form an exciting front three alongside Harry Kane and Son Heung-min, who combined for all five of Tottenham's goals in a 5-2 win at Southampton on Sunday.

After being subbed at half-time during the defeat against Everton in the opening game of the season, Alli was not in the squad for the matches against Lokomotiv Plovdiv or Southampton.

But he had been due to return against Leyton Orient in the League Cup on Tuesday before the match was called off following a coronavirus outbreak at the League Two club.

Mourinho said the onus was on the 24-year-old to prove his worth.

"I always feel that 99 percent of the responsibility is the player. I have one percent."

The Spurs boss said he did not know whether Alli would start the Europa League match but urged him to seize his chance.

"If he is on the pitch one minute or 90 minutes he has to show us, it's that simple," he said.

Tottenham Hotspur Football
Get the latest updates on ICC Women's Cricket World Cup 2022 and IPL 2022, check out the Schedule , Live Score and IPL Points Table. Like us on Facebook or follow us on Twitter for more sports updates. You can also download the NDTV Cricket app for Android or iOS.