Philipp Lahm explained why he has turned down the vacant sports director role, which would not have included a place on Bayern's board following recent restructuring at the club. 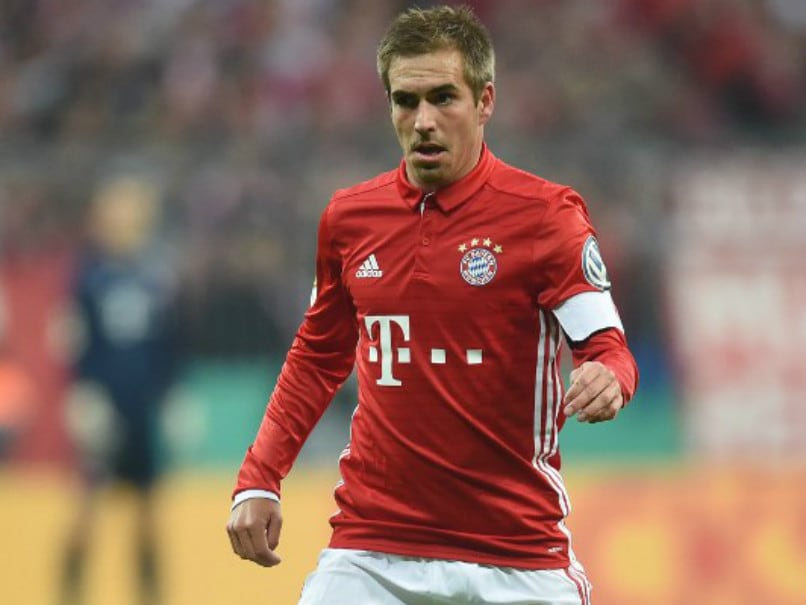 Germany's World Cup winning captain Philipp Lahm on Tuesday revealed he will hang up his boots at the end of the season and leave Bayern Munich, having rejected a role as sports director.

"I have decided to stop playing football at the end of the season," Lahm said after Bayern's 1-0 win over Wolfsburg in the third round of the German Cup.

"I am sure I can keep putting in the performances until the end of the season, but not after that," added the Bayern captain, confirming an earlier press report.

"I first thought about the decision over a year ago and have been constantly checking it.

"I love football and it has given me a lot, but everything has to eventually come to an end and I wanted to decide that myself."

Lahm stated why he has turned down the vacant sports director role, which would not have included a place on Bayern's board following recent restructuring at the club.

"There were discussions and at the end of those I decided that it's not the right time for me to step up with FC Bayern," he said.

"I'll be a private person again in the summer, then I'll have time to take care of other things and to have a few conversations."

The veteran made his 500th appearance for Bayern last Saturday and will hang up his boots in June despite having a year left on his contract.

Lahm retired from international football after captaining Germany to the 2014 World Cup title in Brazil and making 113 appearances for die Mannschaft.

He joined Bayern as an 11-year-old in 1995 and, apart from a two-year loan spell at VfB Stuttgart, he has spent his entire career at the Bavarian giants.

Lahm then skippered the Bayern to their 2013 Champions League victory at Wembley when they beat Borussia Dortmund 2-1 in the final.

That season, they became the first German club to complete the treble of Champions League, Bundesliga and German Cup.

With Bayern currently four points clear in the Bundesliga and through to the Cup quarter-finals, Lahm is well set to go out on a high and add to his seven league titles and six Cup victories.

With Lahm now out of the running, Borussia Moenchengladbach's Max Eberl is now favourite to take over as Bayern's director of sport after Matthias Sammer quit last year.

"We talked to Philipp Lahm, but there is no plan A, B or C," Bayern's president Uli Hoeness told broadcaster ARD.

"We have not talked to anyone else, but there will be a sports director starting on July 1.

"It is not about the power you have in that position, but about the responsibility."

Comments
Topics mentioned in this article
Bayern München Germany Football
Get the latest updates on ICC T20 Worldcup 2022 and CWG 2022 check out the Schedule, Live Score and Medals Tally. Like us on Facebook or follow us on Twitter for more sports updates. You can also download the NDTV Cricket app for Android or iOS.