Barcelona star Pedro Rodriguez has reportedly been snapped by by Chelsea ahead of Manchester United who were also in the fray for the winger. 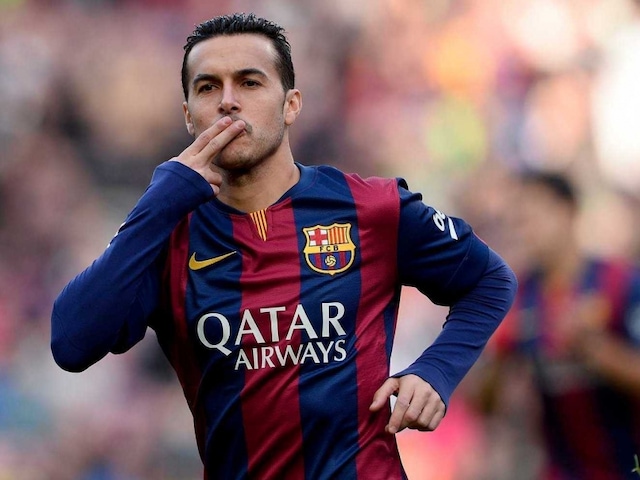 The BBC reported that Chelsea had agreed a fee of £21 million (29.8m euros, $32.9m) with the reigning European champions and that the 28-year-old was on a flight to London to finalise the terms of the transfer.

If completed, the deal will bring an end to a summer-long transfer saga surrounding Pedro, who had been linked to Manchester City as well as United, although it was the Old Trafford club who appeared most likely to sign him.

Pedro scored the winning goal for Barcelona in last week's dramatic 5-4 extra-time defeat of Sevilla in the UEFA Super Cup in Tbilisi.

However, he has fallen down the pecking order at the Camp Nou under Luis Enrique, who has preferred the all-star front three of Lionel Messi, Neymar and Luis Suarez and has used the Canary-Islands born player more sparingly.

Comments
Topics mentioned in this article
Pedro Barcelona Chelsea Manchester United Football
Get the latest Cricket news, check out the India cricket schedule, Cricket live score . Like us on Facebook or follow us on Twitter for more sports updates. You can also download the NDTV Cricket app for Android or iOS.